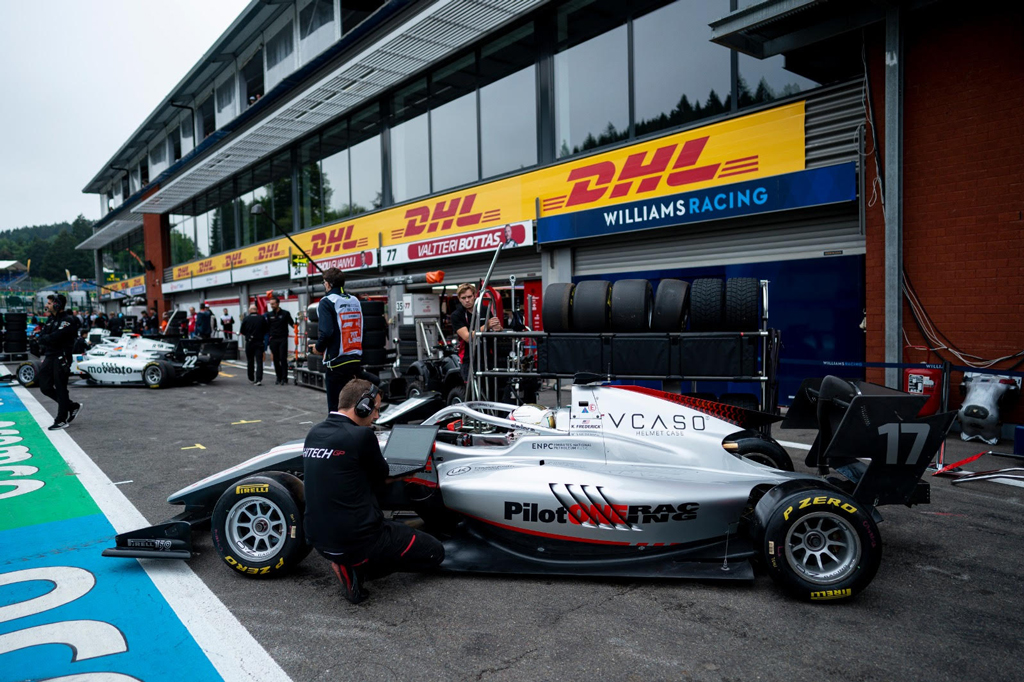 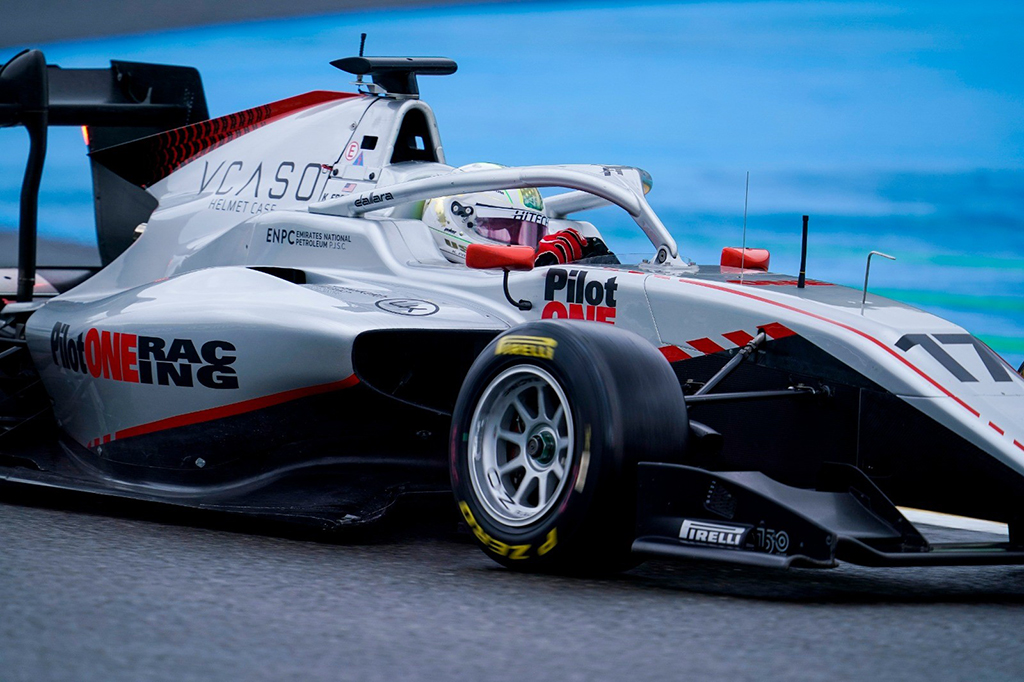 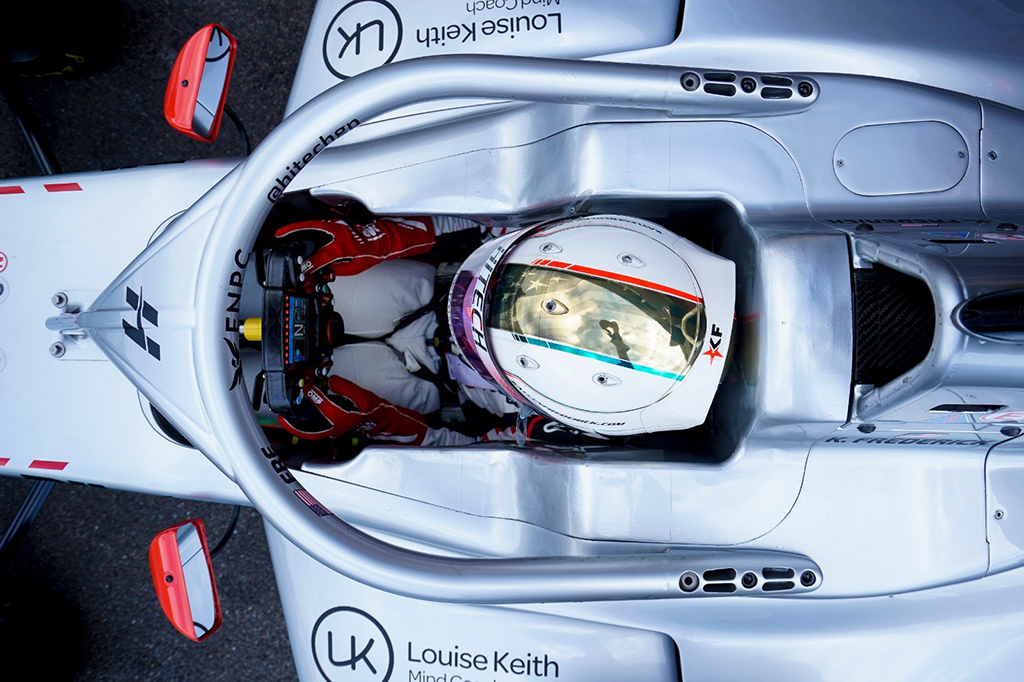 Troubles in Practice: During his 2nd warm-up lap, Kaylen’s dash indicated a front brake pressure failure. Repairs absorbed 13 minutes of practice at this large track (4.35 miles) where time is needed. Kaylen carried through the remainder of the session and opted not to come in for new tires. With teams & drivers pitting for new tires, Kaylen finished the session in 27th. Rough estimates are that new tires would be greater than a second faster over a long track such as Spa and thus a large influence on laptime and finishing position. 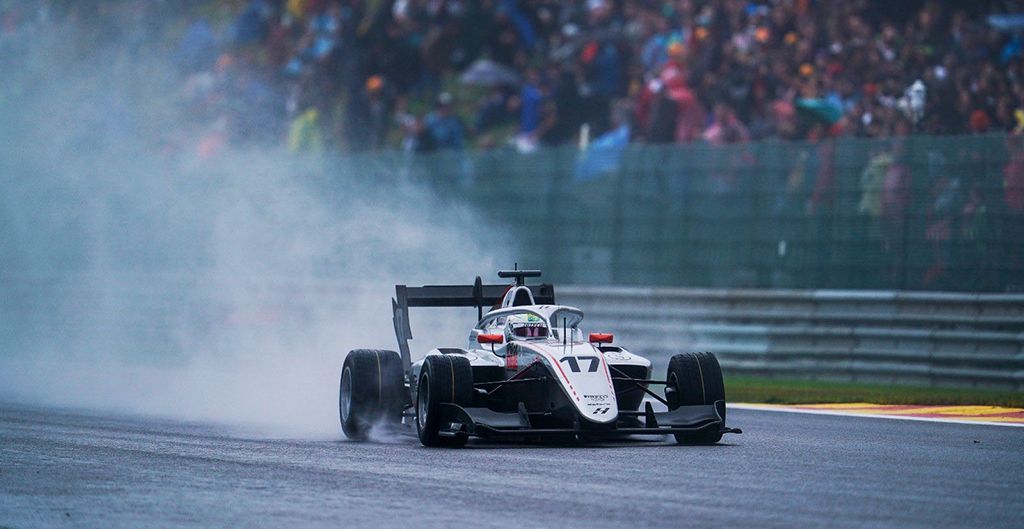 Qualifying was underway on wets after a fresh downpour on the circuit just minutes before the session began. As the timer counted down, a dry line emerged midway and increased grip looked available. Following a long red flag in the pits after Jak Crawford spun into the gravel coming onto the front straight, teams seized the opportunity for all drivers to switch to fresh slicks. Once underway and on a track that was drying further during every lap, it was clear the last lap of the session was going to be the fastest. Results of the session were defined by those that were at speed on the last lap.  However, Kaylen missed the final tour of qualifying due to low fuel and coasted back to the pits. Of the HiTech team, Azman qualified 29th, Kaylen 26th, and Hadjar 23rd. 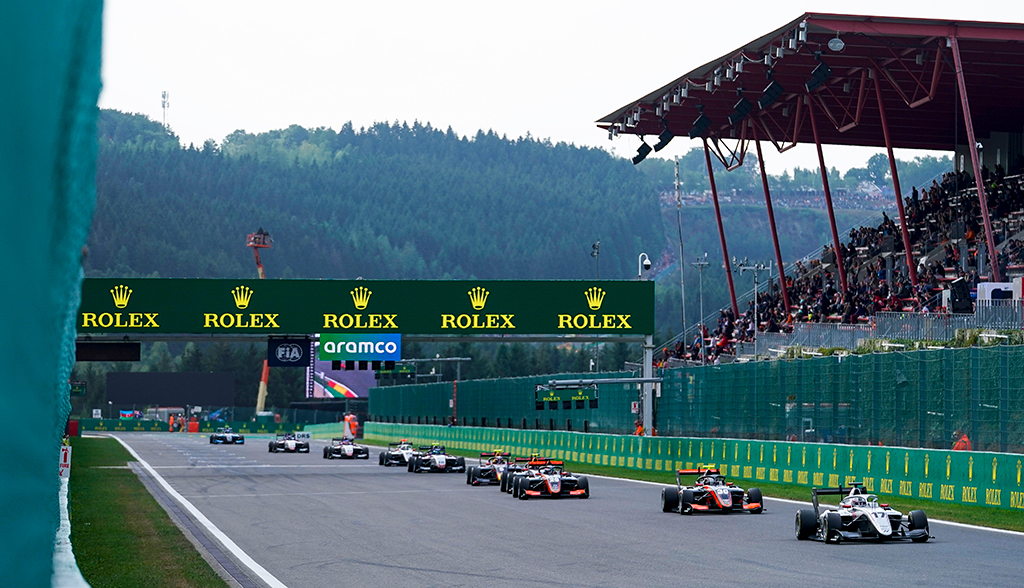 On the opening lap Kaylen Frederick made a good start executing two passes in T1. Going down the hill to L’Eau Rouge, K was in front of Martens and both passed Hadjar. Exiting L’Eau Rouge and heading up the hill, Ido Cohen ahead delayed pursuers Kaylen and Martens on the straight. Approaching the chicane Kaylen eased to the left of Cohen to pass with Martens moving to the left of Kaylen. In the last moment the Jenzer driver moved to the left before Turn 5 forcing Kaylen left. Martens dived left with limited space on track but as he flew by late on the brakes his right rear contacted and destroyed Kaylen’s left front. Kaylen returned the car to the pit on a slow crawl where HiTech promptly retired car No. 17 due to damages to suspension and floor, with zero laps completed.

Following an aggressive and rewarding start Kaylen advanced six positions by lap two and tucked in behind HiTech teammate Hadjar. Avoiding the early melee of an incident triggered by Maini coming onto the front straight, Kaylen held 20th position as the virtual safety car was deployed. Racing resumed on lap 6 with Kaylen closely trailing Hadjar. Kaylen advanced two positions to 18th in lap 7 and followed by 17th during lap 8. The safety car was called out again, this second time for Gregoire Saucy after impacting the wall, with racing again resuming on lap 10. Kaylen moved up to 16th on the restart going into lap 11. The HiTech teammate Hadjar had encountered temporary electrical issues halting his progress. This allowed Kaylen through and to tuck in behind Arthur LeClerc. In lap 12, Kaylen began to experience slow speed understeer, braking early to mitigate the loss of grip. However, DRS was enabled on lap 14, exasperating Kaylen’s ability to defend due to grip issues. Hadjar closed in the draft and overtook for 16th. Sandwiched between the Red Bulls of Hadjar and Jak Crawford, Kaylen caught back up to Hadjar in the draft, now following Hadjar by a 1/2 second. Ahead, Hadjar overtook Correa with Kaylen in chase. Although Kaylen pressured Juan Manuel Correa in the closing of the last lap he was unable to execute the pass. At the finish line Kaylen finished 16th and had advanced a total of 10 positions, among the top 3 drivers for overtakes in the feature race (with Vidales 11 overtakes & Crawford 11 overtakes). 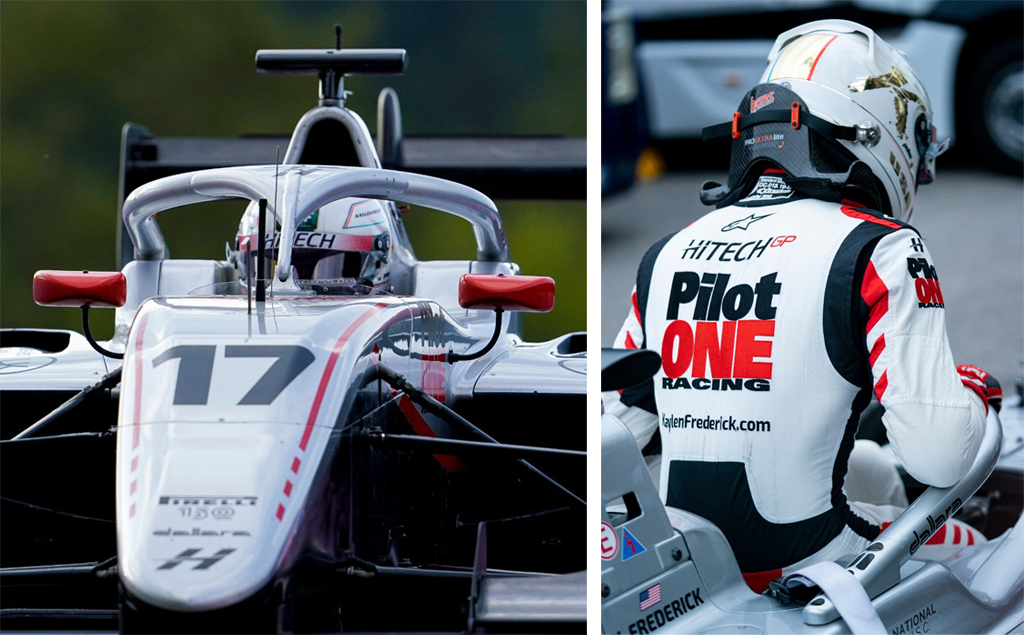