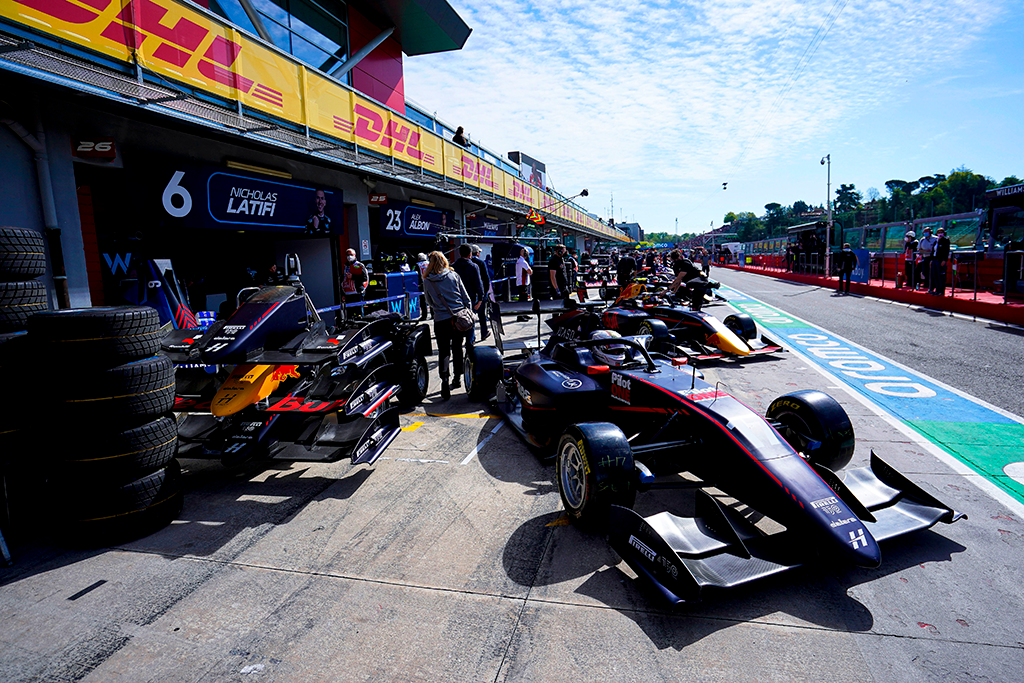 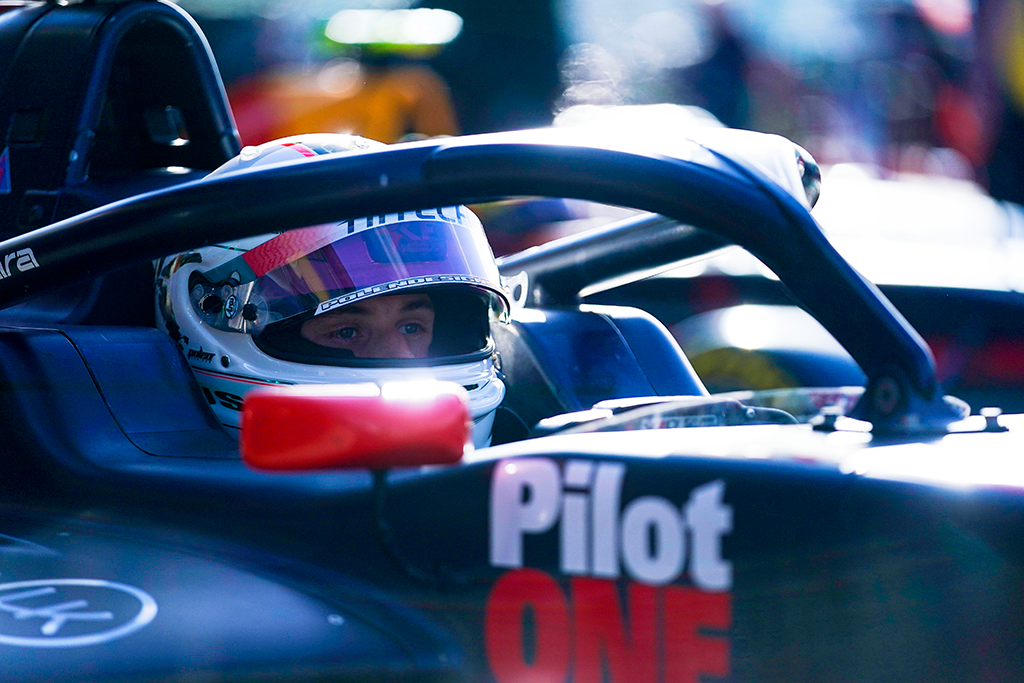 Although many of the series drivers tested and raced here frequently in F4 and FRECA, there was not a huge amount of data for teams to work from coming into the Imola race weekend. Even though much simulator work took place in advance as expected, Hitech’s driver Kaylen Frederick was somewhat skeptical coming into the weekend about its usefulness:

“I’ve never been to Imola before this event, but my team-mate [Isack Hadjar] has and this provided some useful references. We have been working with the simulator but even this isn’t 100% useful because we haven’t had cars at the track here to check the simulator settings. Other than this, we have no video footage or track experience here in this car.”

Rain on Friday morning severely hampered running, and practice was pushed back later in the day, reduced in length and was interrupted. Following a morning session of heavy rain in which Kaylen was 4th on the timesheets, rains persisted throughout the day and into a wet qualifying session.

In wet and slippery qualifying conditions Kaylen Frederick pushed for speed on a track unknown to him and following a total of 5 wet laps going into qualifying.  As it turned out, Kaylen finished P13, missing P12 and reverse grid pole by 2/100. More lap experience was needed to find more lap time. Following review of data, a small gain in Sector 2 would have allowed Kaylen to place in the top 10. More time was available in the middle sector as Kaylen lost .7 seconds there.

Warm and sunny conditions greeted the field of 29 on Saturday morning after Free Practice and Qualifying was affected by rain through Friday, meaning for many it was their first taste of Imola on slick tires.

The circuit layout at Imola is not generous with overtaking opportunities. The drivers seemed to have mixed opinions about how easy it would be to pass, with F2 driver Vips stressing that tire wear and how much of a ‘DRS train’ the pack became would dictate how the race would pan out.

In keeping with the reverse grid, Kaylen lined up for the start in 13th, behind the reverse 12 starting lineup and pole-sitter for the feature race. By mid-race Kaylen had worked his way forward to P9. While overtaking Ido Cohen, a caught 2nd gear took Kaylen wide forcing Ido Cohen onto the gravel. Kaylen re-entered in twelfth position and raced back to eighth. Post-race the Stewards assigned Kaylen a 5 second penalty for causing an accident, in a race that had ended under safety car and a bunched-up field. The 5 second penalty relegated Kaylen 16th and out of the points. 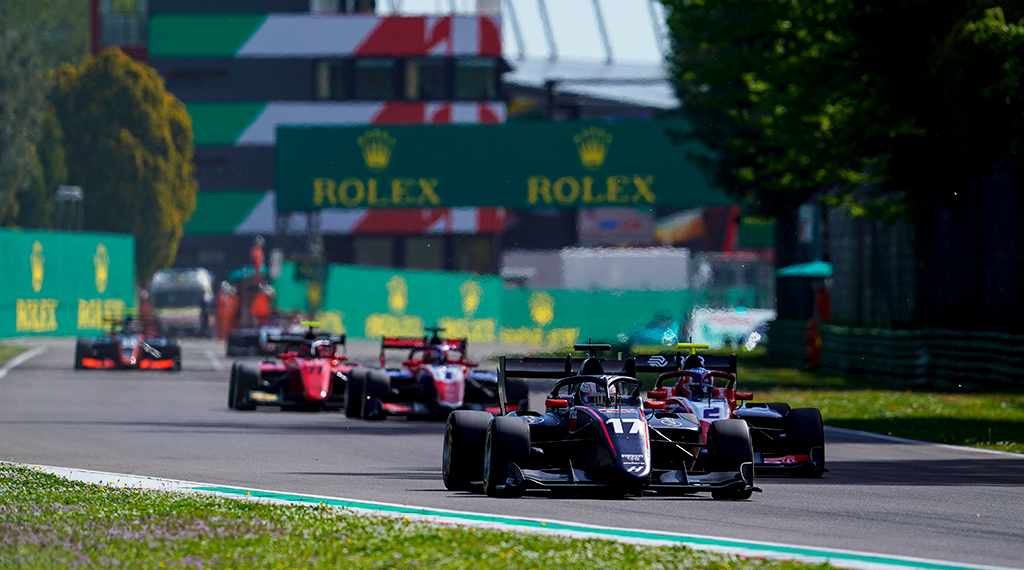 Overnight rain left the circuit slippery as the field of 29 exited the pit lane to head to the grid. This led to split strategies. 27 drivers opted for slicks based on a strategy for a dry line to evolve, including Kaylen and the three HiTech drivers. Two drivers opted for wets. The lights went green under very slippery conditions.

Kaylen Frederick started in 13th, however a driver spun directly in front of Kaylen early in turn 2 forcing K to avoid and drop back to 15th.

MP Motorsport’s Caio Collet was an early but brief beneficiary of the wet tyre gamble as he carved his way forwards from ninth on the grid to lead by almost four seconds in the space of a single lap, as Sprint Race winner Franco Colapinto also made gains.

The Safety Car was deployed on lap 2 following a collision between Reece Ushijima and Brad Benavides, with Francesco Pizzi rotating into the gravel by himself. That wiped out Collet’s sizeable advantage, at which point both he and Colapinto gave up the wet tire ghost and ducked into the pits to take on slicks, leaving Trident pair Zane Maloney and Stanek leading the field. A second Safety Car period was called when Benavides’ difficult race ended in the barriers after he clipped the back of Villogomez’s car.

As he slowly guided the field around for the restart the race leader Maloney spun through the penultimate corner, leaving him out of contention, and necessitating the third appearance of the Safety Car.

As racing resumed Kaylen Frederick worked his way forward lap after lap for a race free of further interruptions. Through persistent passes and overtakes, Kaylen finished the race in 7th, a big mover following the drop back at the race start to 15th. As for other BRDC F3 champions, experience and skill in rain and slippery conditions paid dividends. The key take-away remains: We must improve upon qualifying. 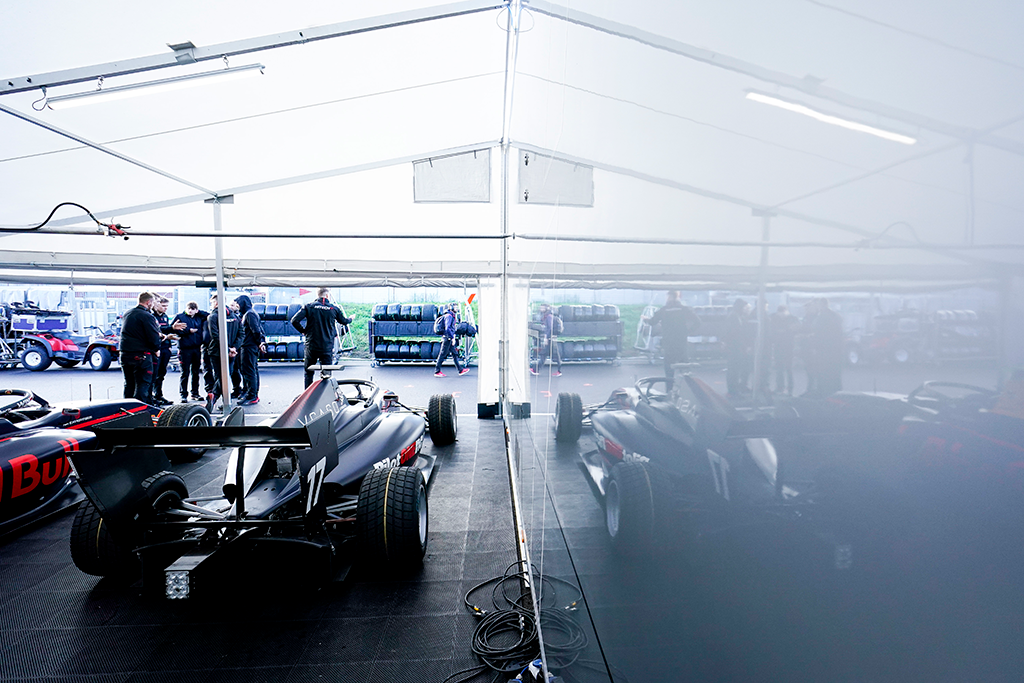 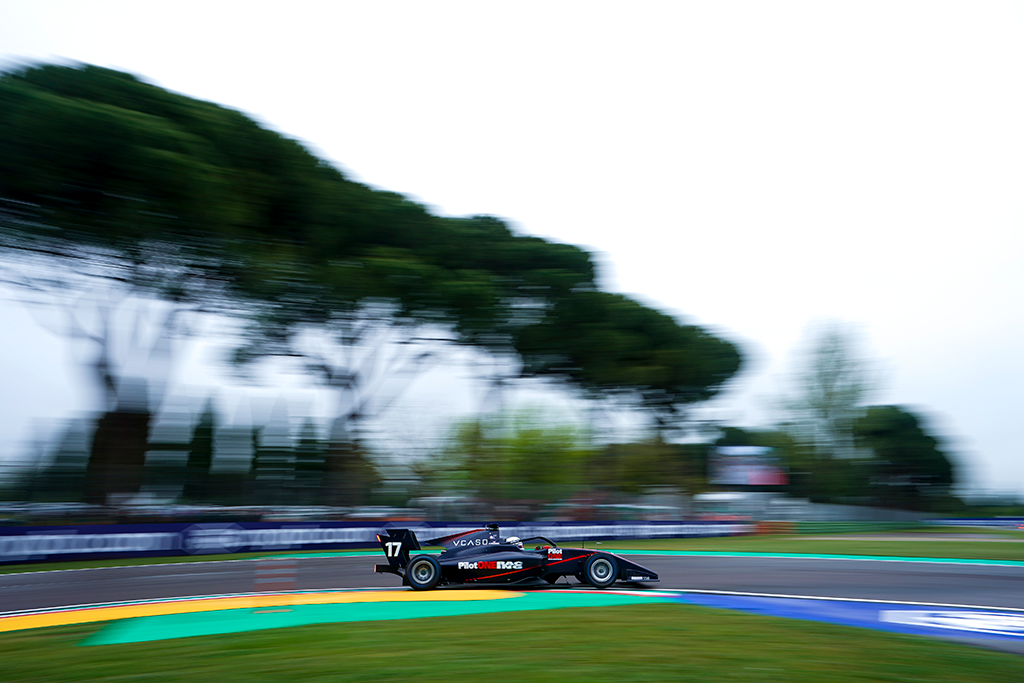