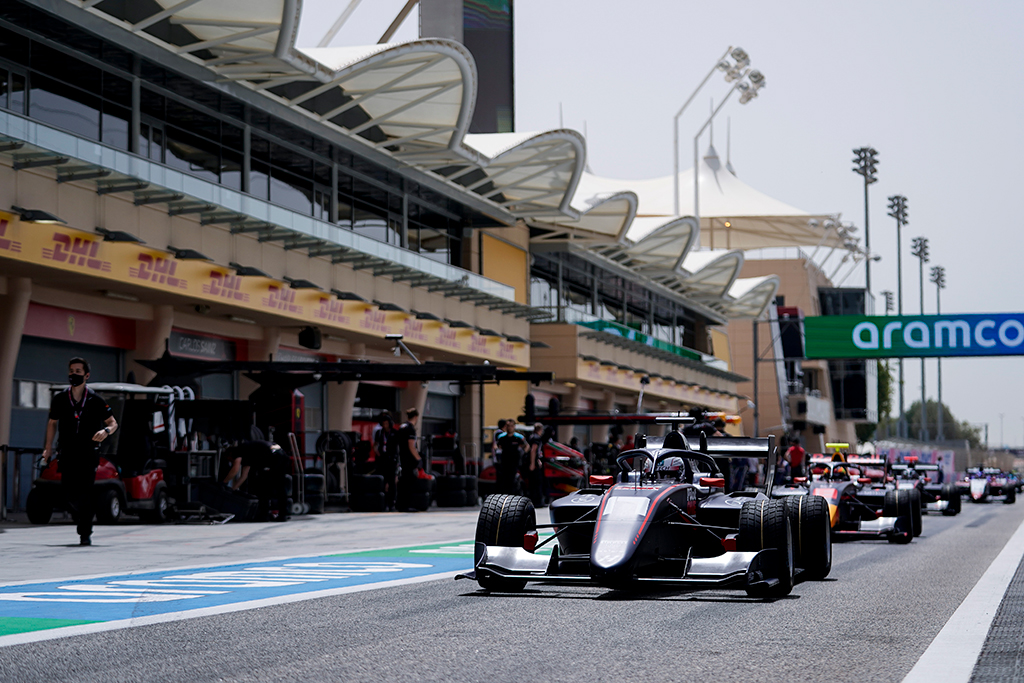 Qualifying Position: 18th (starting 18th in both races).
Race 1: 8th
Race 2: 10th **
**(Starting 18th, Kaylen Frederick was pushed off track in L1/T2 with the curb shunt stalling the engine. Reentering the race 29th, Frederick fought his way to 10th at the finish with 19 overtakes). 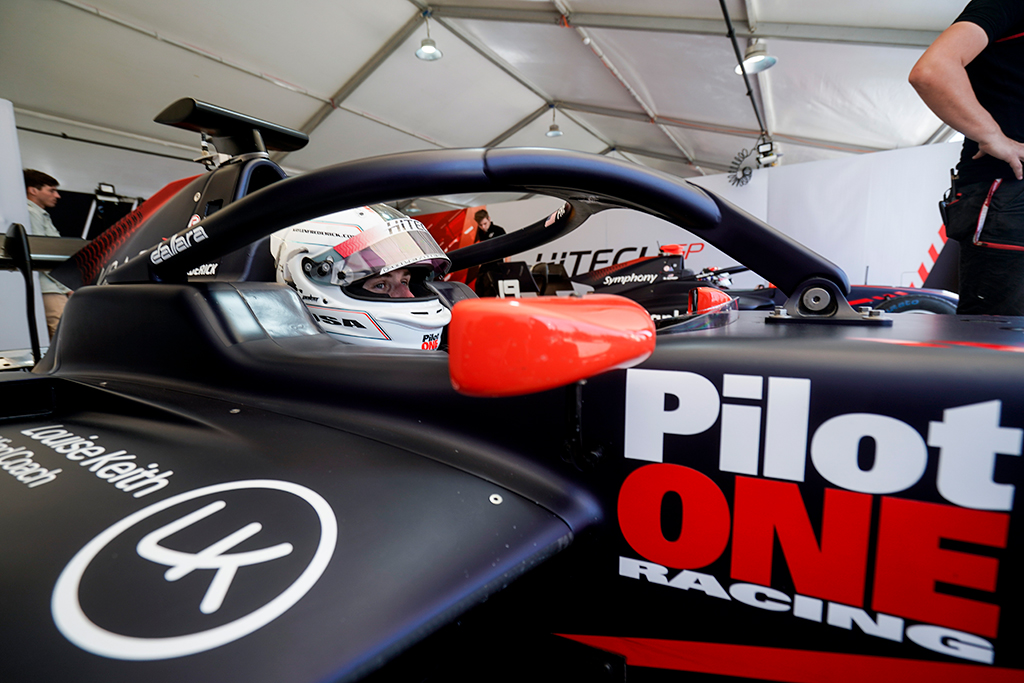 Under sunny skies, windy conditions, and a dusty track on the Bahrain International Circuit on Friday, Kaylen Frederick struggled in the qualifying session placing 18th in the HiTech car No 17. 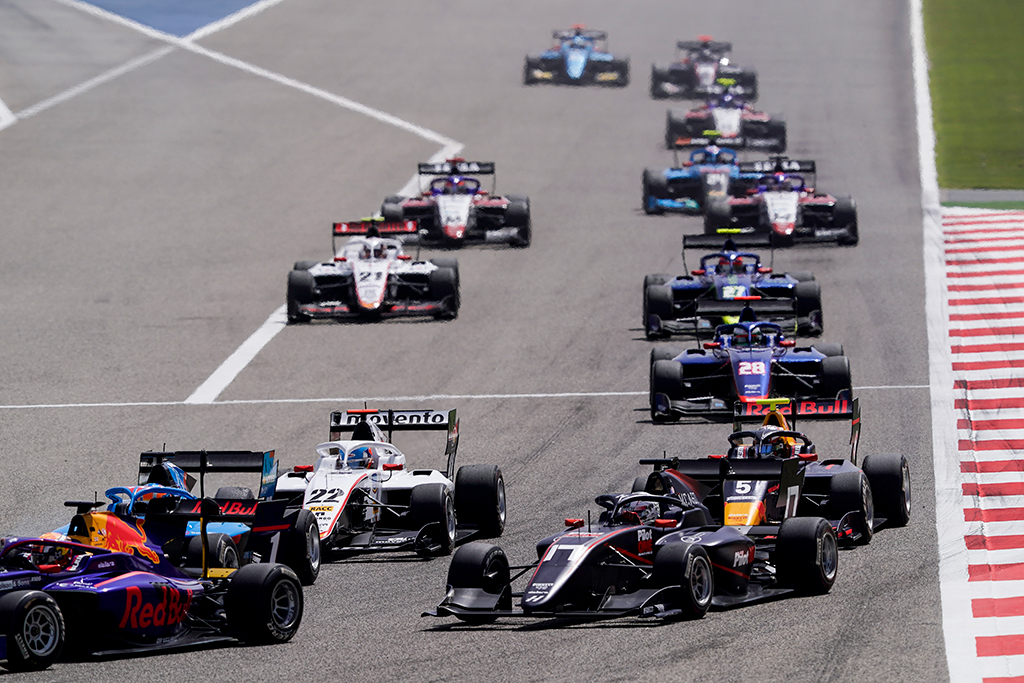 Starting from 18th on the grid, the American battled his way through the field to move up to eighth place at the chequered flag, while team-mate Isack Hadjar won his maiden race in the category.

Frederick’s race was eventful from start to finish. With a solid start and underway from 18th, Kaylen Frederick was caught up in the Turn 1 & 2 clashes yet secured a position. In this shortened sprint race Kaylen advanced steadily forward. Nearing the race end, Kaylen and Caio Collet battled with Juan Manuel Correa for 7th position. Collet managed to get through to take seventh late on, with Kaylen Frederick following not long after to secure a top eight result. At the checkered flag, 10 positions and three championship points were gained in the hard-fought Sprint Race 1.

Frederick says that the move on Correa was the most difficult he had to produce:
“The hardest overtake was on Correa at the end of the race, when the tyres were especially hot and he was understandably pushing hard to stay ahead,” he said. “My pass was a last lap move. That pass was set up early on and went on for quite a few corners and was the most satisfying.”

Hitech Grand Prix driver Kaylen Frederick was full of praise for the team’s performance at the opening race of the 2022 Formula 3 season:
“I’m pretty happy, considering where we started (18th),” Frederick said. “We struggled with a couple of issues in a rough Qualifying, but we improved for the race. From the whole team’s perspective, the race was positive. “My teammate Isack won, and I advanced to 8th with ten positions gained. We had strong race pace. I made a fair amount of overtakes and I’m happy with that.”

“Bahrain is a good racing track and much like the Red Bull Ring in terms of having three DRS (Drag Reduction System) zones. DRS is powerful. If you manage to place yourself in DRS range of the driver in front of you, the overtake will come.

“At the same time, I could see there were DRS trains in pursuit. You could still get stuck in there, so I was glad to be out of that group early on to continue progress forwards.”

With the Feature Race getting underway at 11.45am on Sunday (the next day) in Bahrain, Frederick was hopeful that Hitech could enjoy another strong outing to begin its season:

“We have yet to debrief. We’ll review the data, but I feel we have a strong baseline for tomorrow. We’ll try to work it forward again. As the feature race is a longer race, maybe we can make even more progress.” 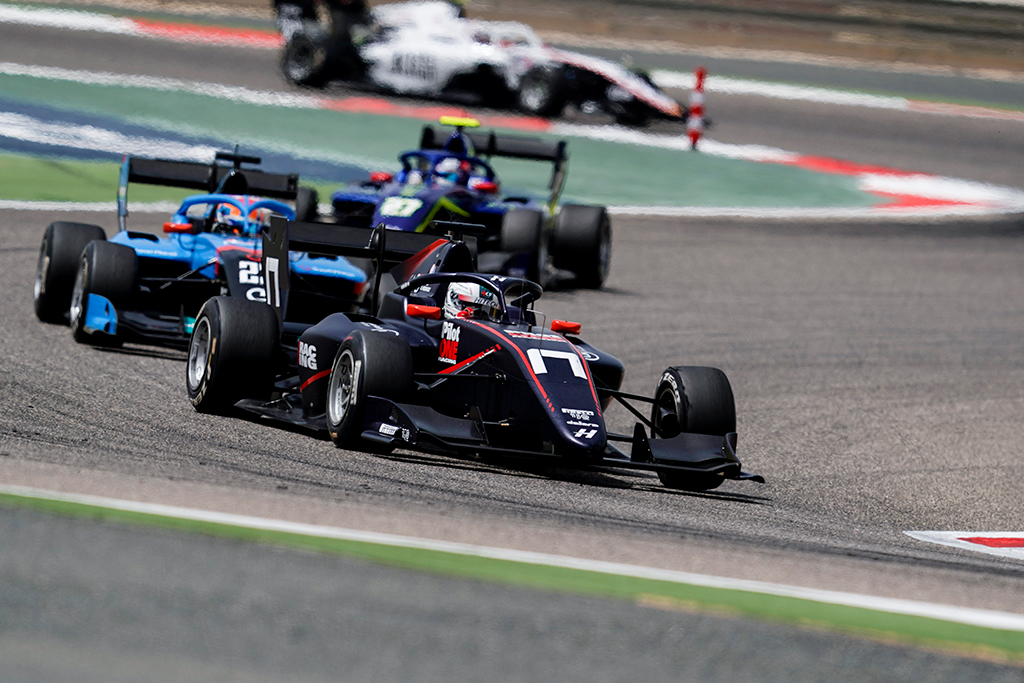 Kaylen Frederick started the feature race in18th. When the green flag dropped the mid-field melee began. Entering Turn 2 on Lap 1, Kaylen was pushed off track along with Jak Crawford, however with the curb shunt stalling Kaylen’s engine. Restarting the engine, Kaylen re-entered the race in 29th position at the back of the field. Racing with well-timed passes Kaylen recovered 19 positions, finished P10 and secured a single but useful championship point.

Finishing the weekend tied for 13th with Caio Collet, Hitech stood 3rd in the team championship. The driver and team focus in advance of the next race event at Imola, Italy would be squarely focused on improving qualifying pace and addressing car setup. 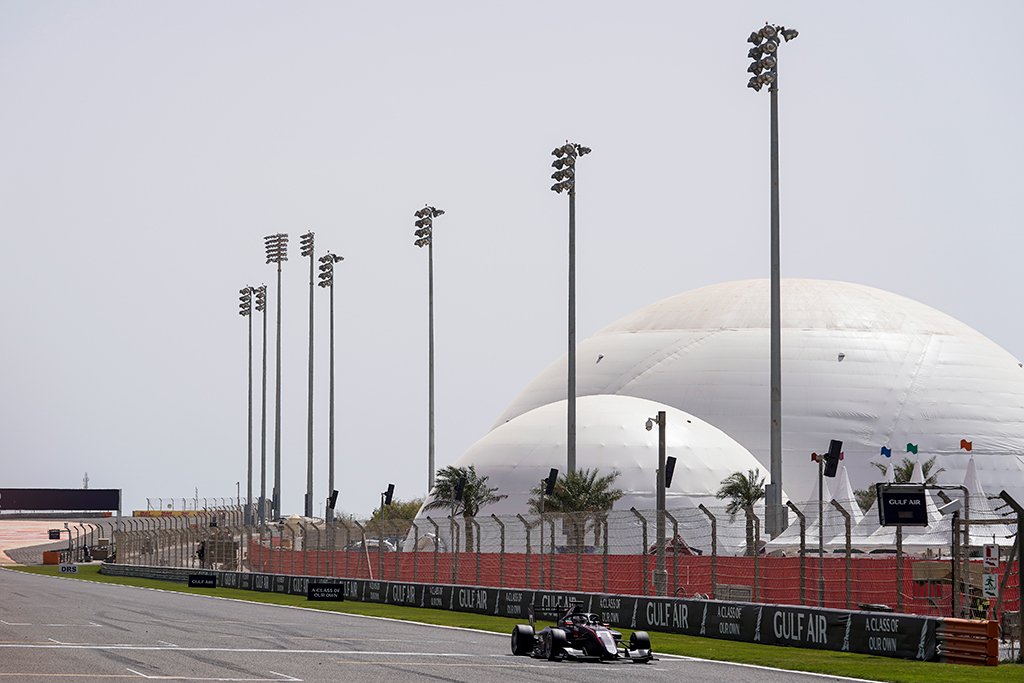