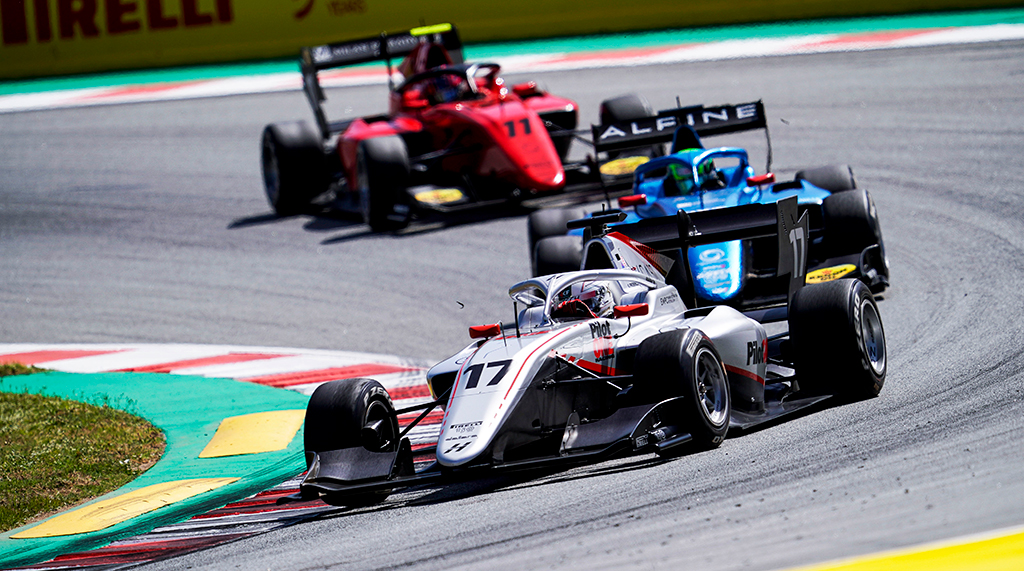 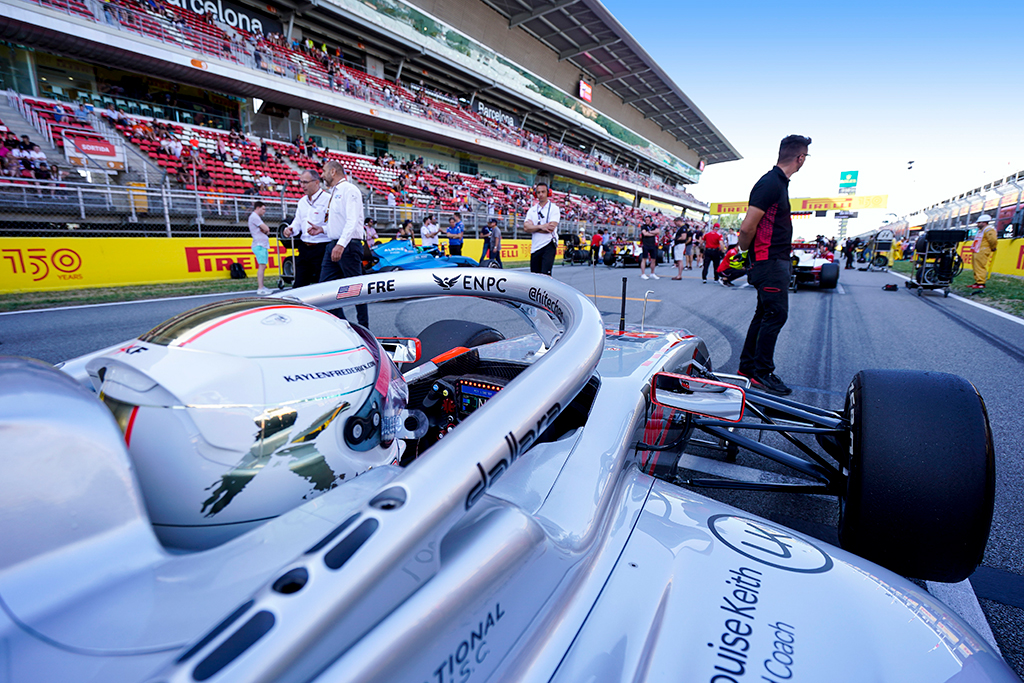 Qualifying Position: 8th (within 2/10ths of pole – a tight field).
Race 1 Finish: 7th
Race 2 Finish: 9th
Barcelona F3 Feature Race 2 | Pilot ONE Racing & Kaylen Frederick: The only FIA F3 driver to finish in the top 10 in every race of 2022. Next up: Silverstone Circuit in the UK. 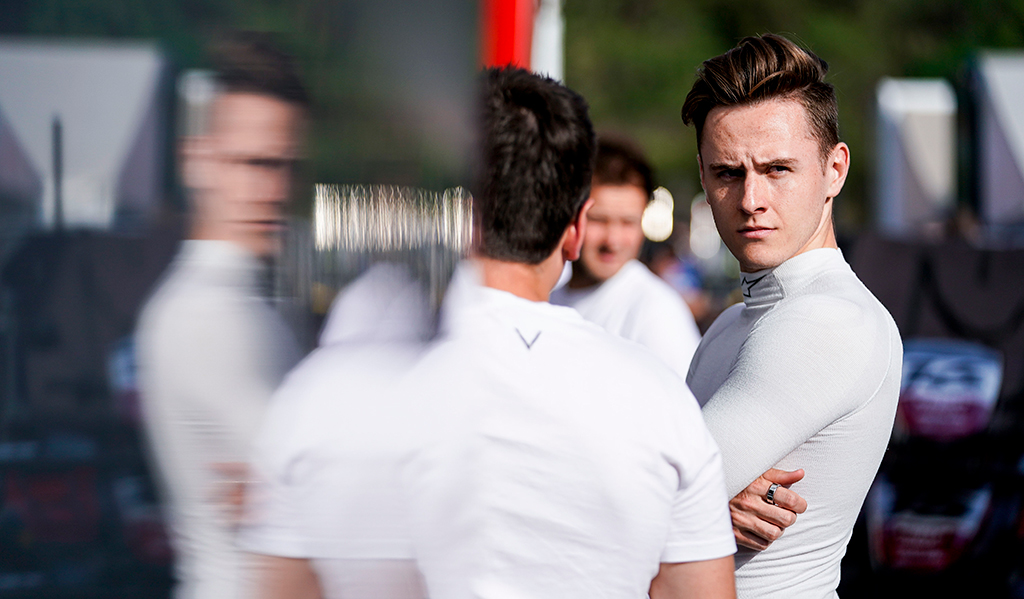 Kaylen Frederick: P8, 0.91% from P1 (Victor Martens/ART).
Productive track running before qualifying was limited due to the limited official tyre allocation. Entry on track began 25 minutes after the start of the session to allow the track to improve. After an installation lap followed by a check-in at the Hitech pit, nine laps were run in the session with positive results and Kaylen ending the session in 8th. 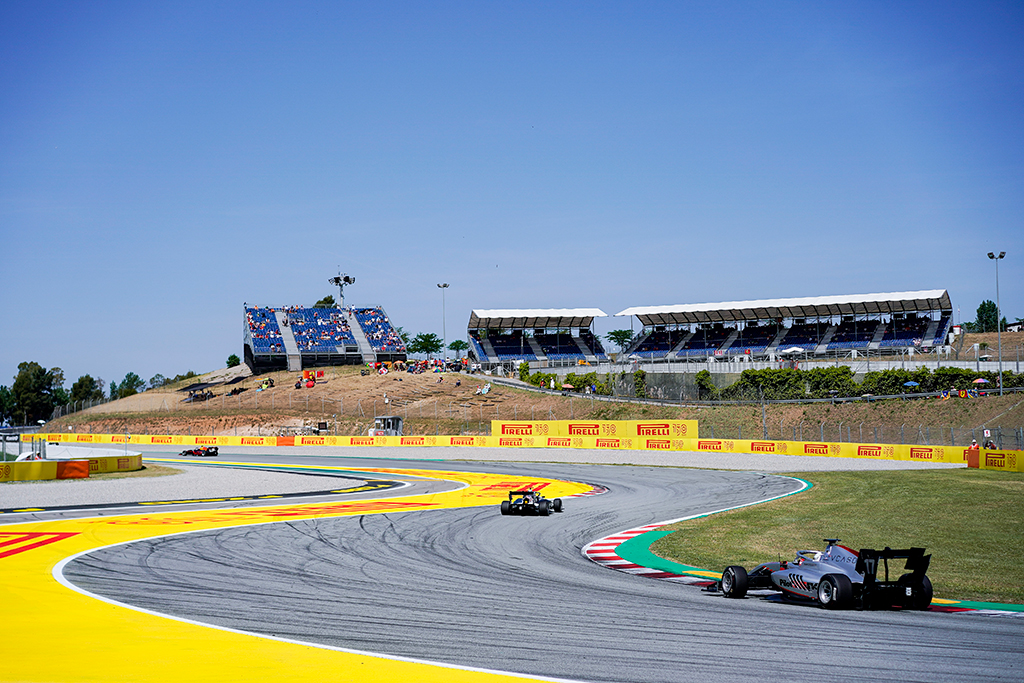 The Barcelona circuit surface is abrasive and high on tire degradation yet with medium grip. Qualifying strategies here for all teams include use of three sets of tires and deploying the remaining weekend new tire allowance. This allows several advantages. Progressive runs on new tire sets allow the driver to capture the fastest time available as the grip builds under green flags (while no red flags are called stopping the session). With a time of 1:33.805, Kaylen qualified 8th during the last two minutes of the session, in a tight field and 2/10ths from pole.

Kaylen performed well throughout qualifying in all three new tire runs. In late session minutes, Kaylen’s Hitech car would not start at the beginning of run three due to a fuel vapor bleed with 9:30 minutes remaining. Following hasty repairs in the high Barcelona temperatures, Kaylen left the pits with 6:30 minutes remaining on the clock. Although out of track position, Kaylen remained calm, managed the situation to maximize his lap and produced his best qualifying performance so far this season, P8 with 0.289 seconds to the pole position (P1). 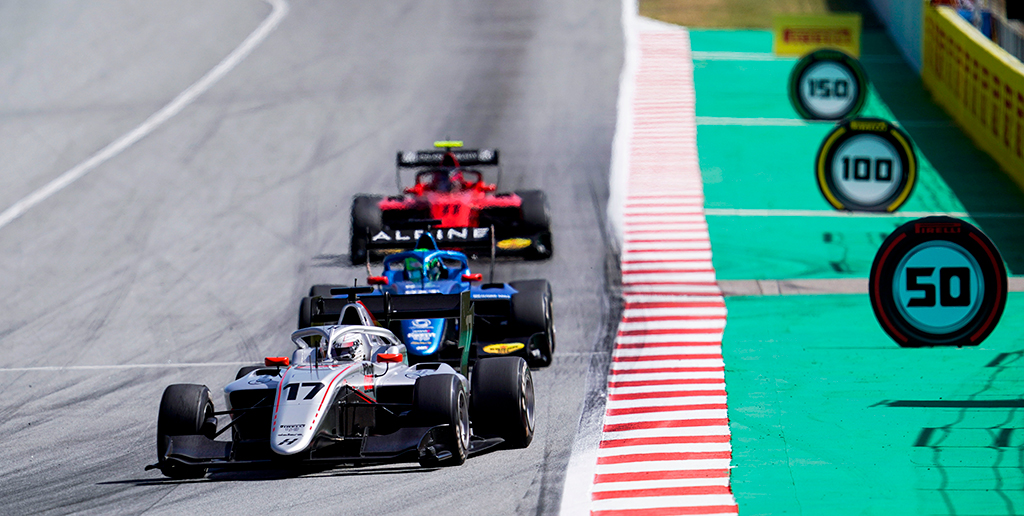 The Race start was good with Kaylen Frederick slotting nicely into 4th position. Some time was lost on the opening lap in Turn 3 placing Kaylen under pressure through Turns 4 and 5 from Caio Collet, but Kaylen responded with calm and held the position. Kaylen maintained pace over the first 9 laps and held position, remaining within DRS of J. Correa although not having the pace to challenge.

Kaylen’s pace dropped over the 2nd half of the race losing three positions over the final eight laps. Kaylen struggled with mid-corner understeer in both slow and high-speed corners, causing him to fall out of DRS range of the drivers ahead. Losing the DRS effect from cars ahead has a big influence at Barcelona, therefore pushing to stay within this is key.

On Lap 13, Collet (MP Motorsport) came past Kaylen Frederick in Turn 1. With diminished pace, Kaylen then came under pressure from Alexander Smolyar (MP Motorsport) .4/10ths behind. Lap 15 saw Smolyar pass under DRS, and later Kaylen was also overtaken by A. Leclerc (Prema) on Lap 16. Kaylen was able to remain within .8 seconds and DRS behind Leclerc finishing the race in 7th position (and .9 ahead of Roman Stanek/Trident). 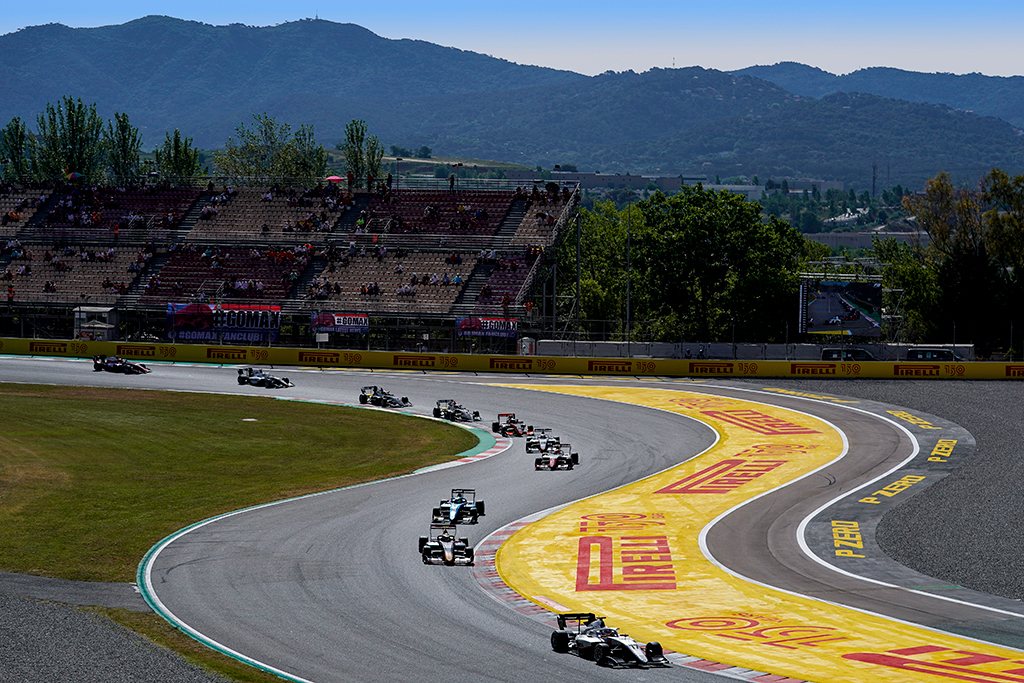 Race Start 8th | Race Finish 9th | Finished +8.4 Secs behind the race winner.
Kaylen made a solid start, diving deep into the outside of Turn 1 and moving up two positions. Kaylen ran in sixth position until the safety car was deployed on Lap 5.

The race leader Martins launched his restart early on Lap 8, catching Kaylen on the back foot while weaving too late and costing two positions, conceded to Crawford and Collet.

As the car shifted to greater understeer while the laps counted on, Kaylen was unable to keep within DRS and lost a further place to Colapinto (Van Amersfoort Racing) on Lap 23.

Parting Shots:
Although finishing in 9th position after running 6th is disappointing, the car was more competitive in race trim than during the Saturday Sprint Race 1. Kaylen noted post-race that the car felt balanced up until the first safety car, however as balance shift to understeer this slowed the drive forward.

Frederick finished 9th and, in the points, to date the only FIA F3 driver to finish in the top 10 in every race of 2022.
Next up: Silverstone Circuit in the UK. 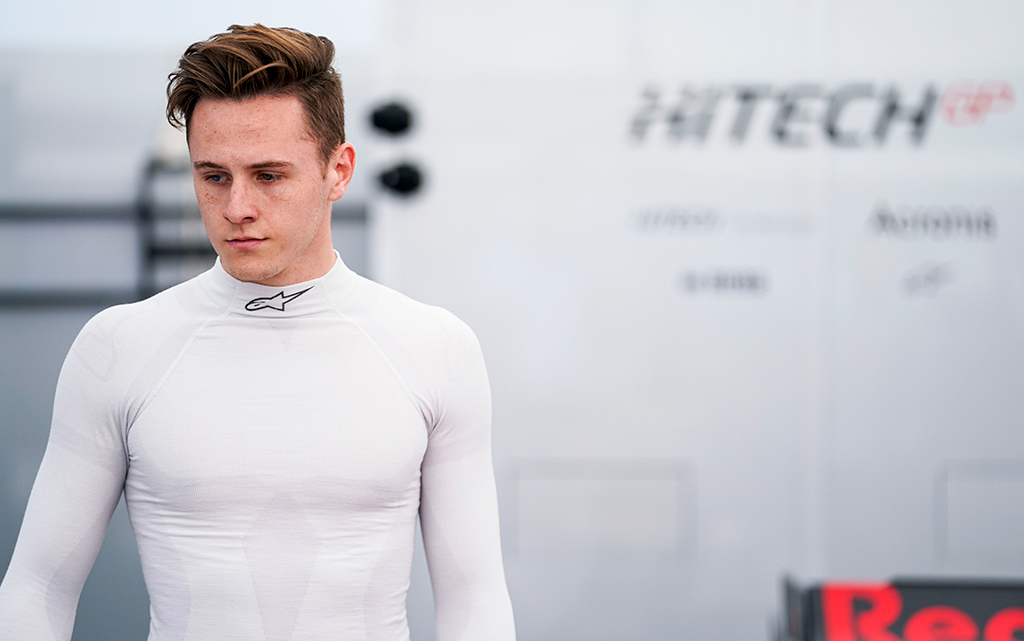