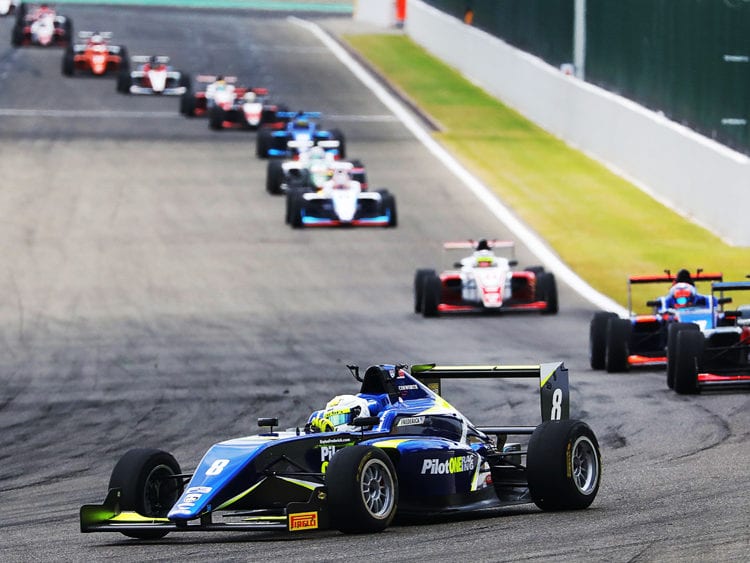 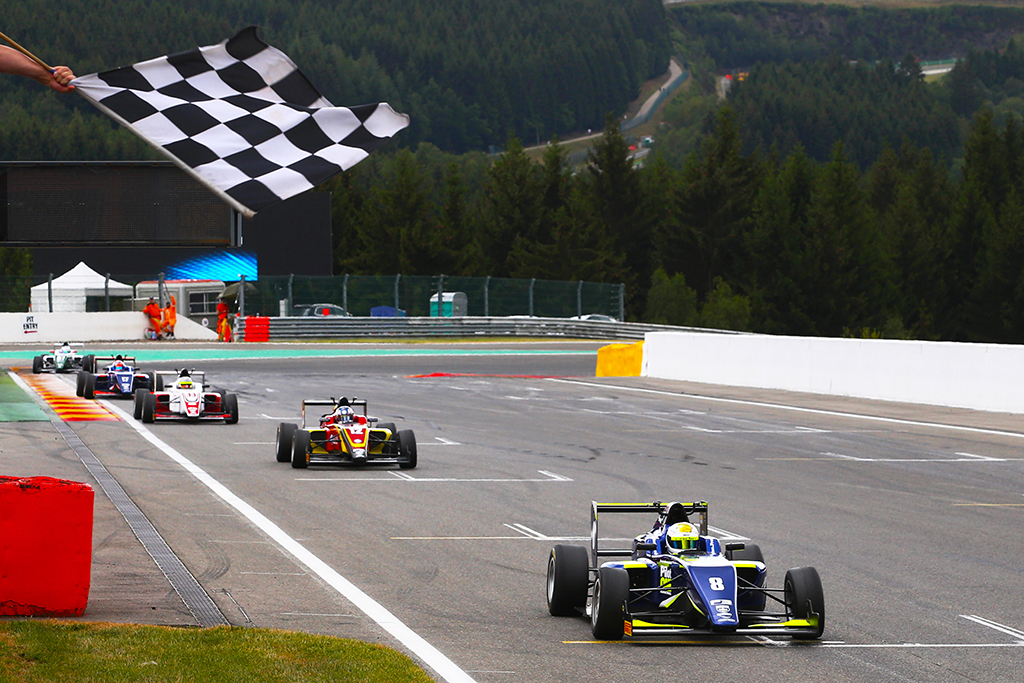 Credits: Many thanks to Jakob Ebrey for the beautiful photographs provided here for Kaylen Frederick! 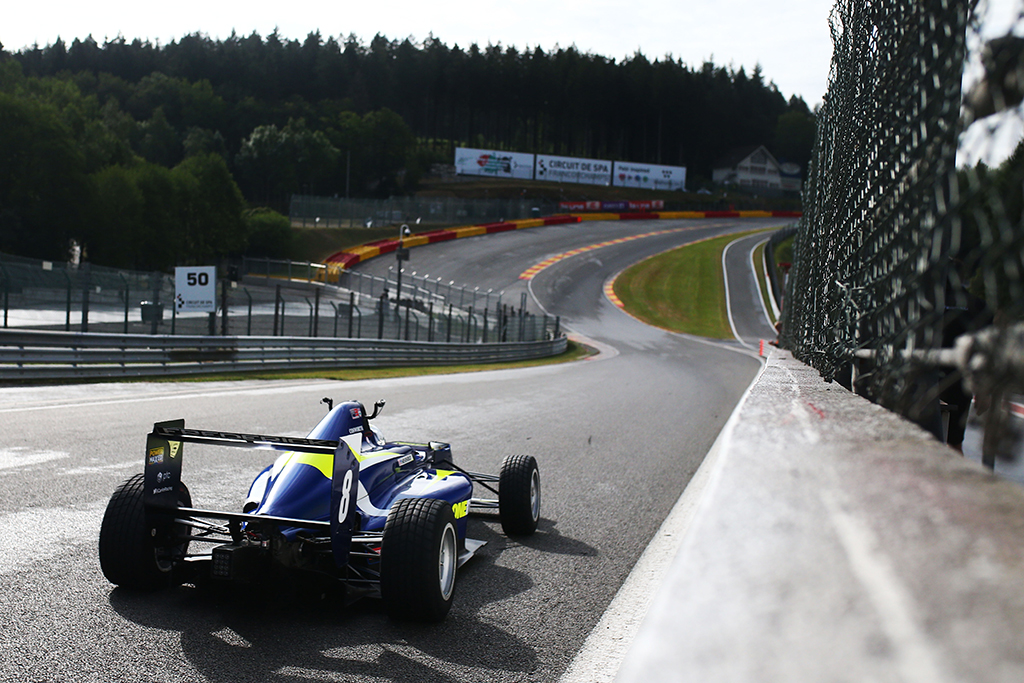 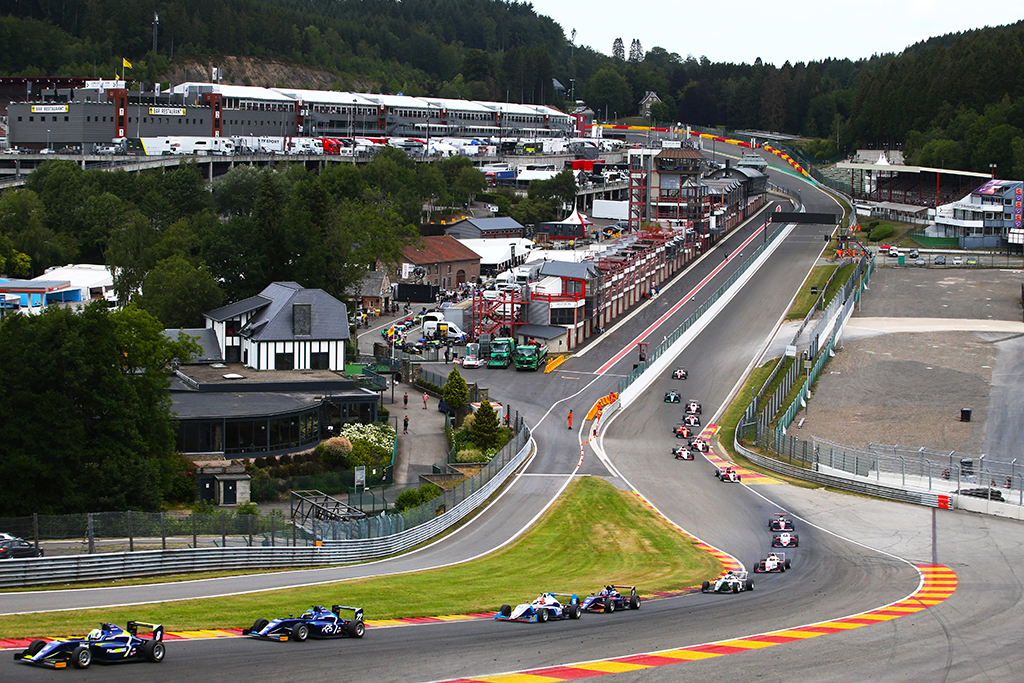 Carlin’s Kaylen Frederick claimed his second win of the year in race one at Spa Francorchamps, after an intense battle with Chris Dittmann Racing’s Ayrton Simmons. Both took turns at leading the race, but Frederick made a move stick on the polesitter on the penultimate lap, and claimed the win by 0.864s from Simmons, while Manuel Maldonado threatened to join the lead battle and claimed third for Fortec after moving up from seventh on the grid. Simmons held a lead of almost a second over Verhagen at the end of the first lap, but next time around it was clear that Frederick was the man to watch as he not only passed the Double R driver, but closed Simmons’ lead down to 0.559 seconds.

The margin between the two was down to three tenths at the end of lap three, and Frederick made the most of a good slipstream to challenge for the lead at Les Combes on lap four. Simmons held the inside line, but Frederick moved past at the right hander heading down to Bruxelles. Frederick held a lead of six tenths as they started lap five, but that wasn’t enough to stop Simmons retaking the lead in an almost mirror image of Frederick’s pass the lap before.Simmons was unable to make a break at the front, and on lap eight, the decisive move came as Frederick surged back past, and this time was able to create enough of a gap to prevent a slipstream challenge on the final tour. Frederick’s winning margin of almost nine tenths secured his first win since the season opening weekend at Oulton Park, while Maldonado claimed another podium, finishing six tenths clear of championship leader Novalak, who claimed fourth place for the fourth race in succession, but still extended his championship lead thanks to Hoggard’s eighth place finish. 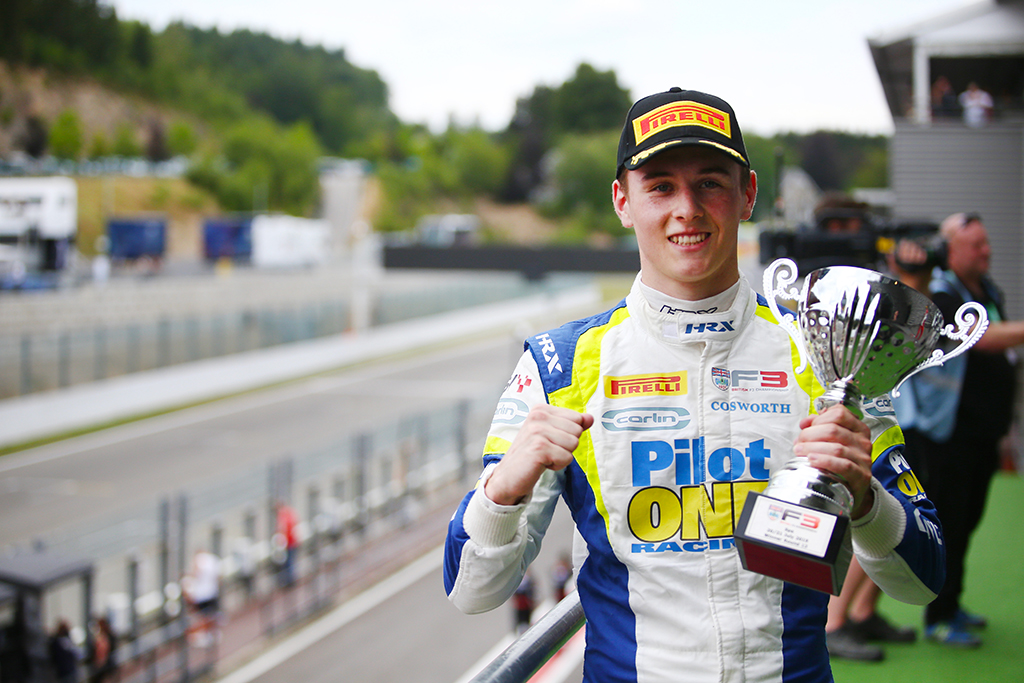 “At this track you can actually really pass as opposed to a lot of other tracks. I got a good start and was up to P3 after turn one and then I kept the pressure on the guys in front of me. I had good pace in the middle sector so I could stay right up behind the other drivers and once I got ahead, could create a bit of a gap and run my own race pretty much.

“I just kept setting Ayrton up to get a run on him down the Kemmel straight. I stuck behind him in the last sector to make sure I was right up behind him. I didn’t want to be first leading onto the Kemmel Straight so I stayed behind him, made the pass stick into Les Combes and then put a really good lap in to build up a gap. On the last lap I just increased the gap and hustled through Sector 2.” 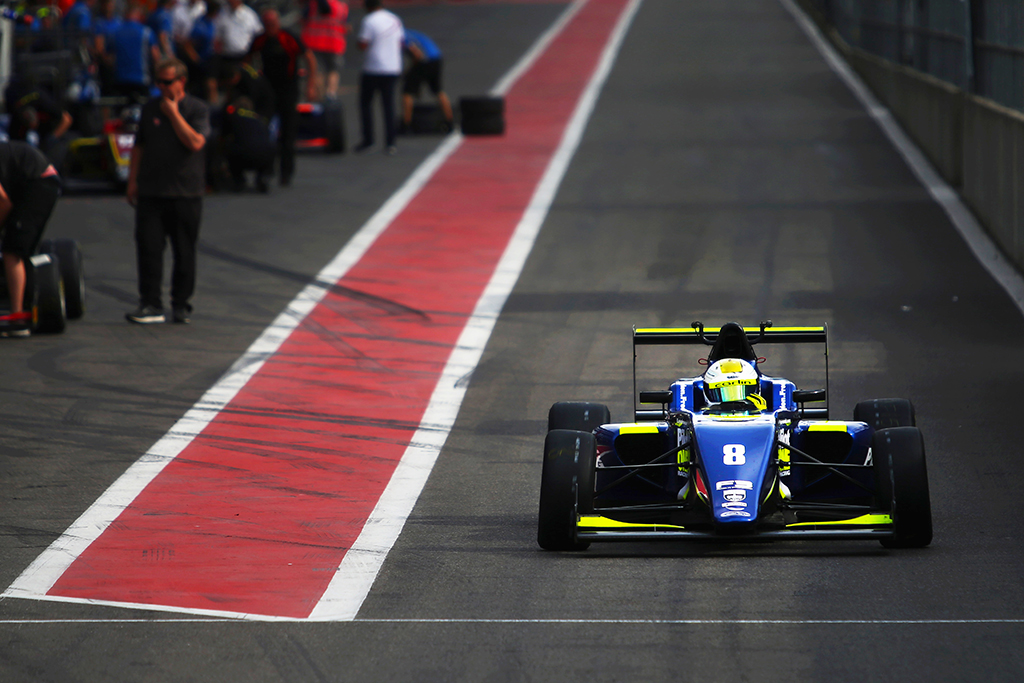