On the shorter national circuit, the qualifying proved to be a fast and frantic affair, with numerous drivers taking provisional pole, only to be knocked off by their rivals. Frederick though was a constant presence at the top of the times, and as a result, took pole for race three also, with his second best time being just 0.009 seconds away from his overall best, and recording four laps quick enough for pole. 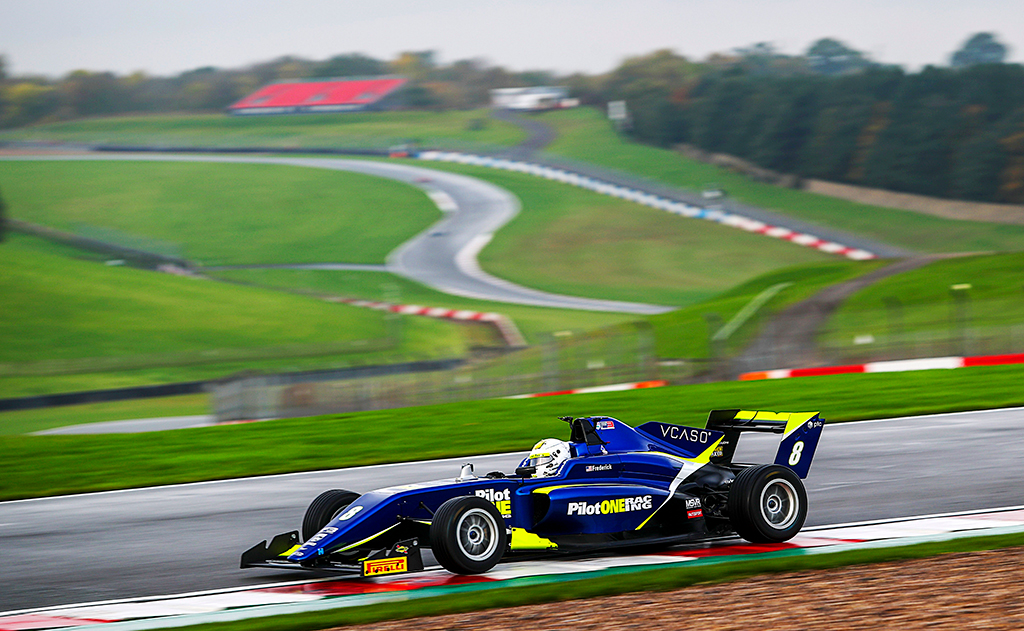 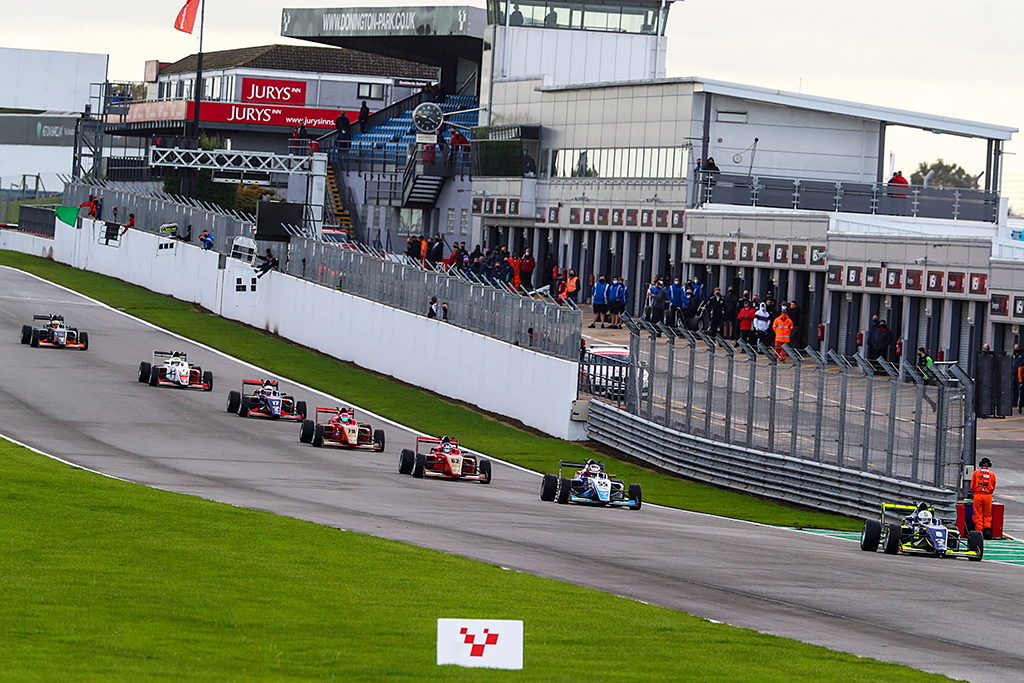 “Carlin’s Kaylen Frederick reclaimed the BRDC British F3 championship lead with a dominant victory in an eventual opening race of the weekend at Donington Park this morning (Sunday). Frederick’s sixth win means he now holds a 13 point lead in the championship standings, having entered the race nine points behind championship leader Kush Maini.

Frederick made a good start to lead the pack down to Redgate on lap one, but the drama started almost immediately as Double R’s championship challenger Louis Foster was fired off on the run down to lap one, forcing him into retirement. Further round, Lanan’s Josh Mason and Douglas Motorsport’s Manaf Hijawi went off at the Old Hairpin, Josh Skelton embedded his Chris Dittmann Racing car in the barriers at Starkey’s Bridge, while Mason’s teammate Piers Prior was also eliminated with damaged suspension.

With so many cars off the road in several locations, the safety car was immediately deployed and remained on track until the start of lap six. Frederick made a decent restart over De Pauw, who had climbed to second from fourth at the start, and immediately set about extending his lead. The Carlin driver extended a gap of 1.6 seconds over the next five laps, and ultimately claimed victory by 1.266 seconds over De Pauw, with the lead duo seven seconds ahead of Clark, who secured his second podium of the season.”

What they said: Snetterton Circuit Race 1:

“Those were really, really tricky conditions. You had to take a couple of risks on the first couple of laps to get a feel for the track. Fortunately, I was not collected in any incidents after a great start. It was hard to get into the rhythm but once I found that line I only had to make small adjustments. I then built up a nice lead to allow a comfortable buffer behind me, just in case I made a small mistake. I pounded in some good laps after that, as DePauw and I separated ourselves from the rest of the field. I’m very happy with the result and ready for the two races to follow today.”

Kaylen Frederick launched with a brilliant start from 8th in the reverse grid race and moving up to 4th halfway through lap 1. Locked in behind Chaimongkol, Kaylen attempted twice to pass on the inside. Another attempted pass at the outside of Turn 1 ended poorly as Chaimongkol moved to block Kaylen while allowing De Pauw and Maini to get by on the inside, and later followed by Josh Skelton. The race finished in that order with Kaylen in 7th. 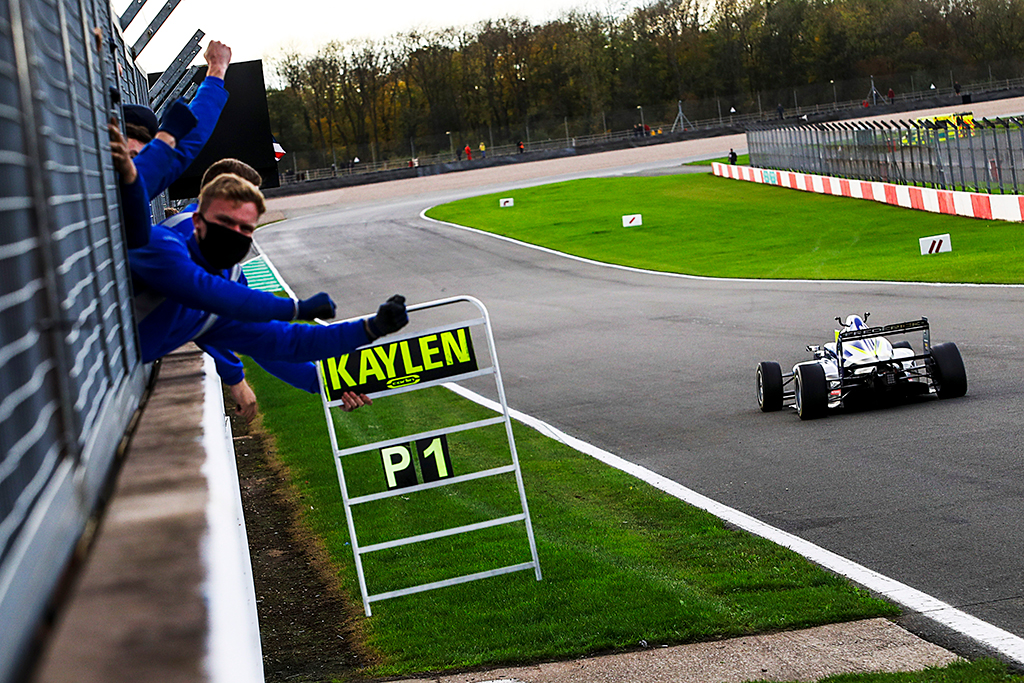 ”Carlin’s Kaylen Frederick dominated the 3rd race of the weekend at Donington Park to claim his seventh win of the year and extend his championship lead to 13 points heading into the final rounds of the season at Silverstone in a fortnight’s time.”

“Frederick made a perfect start to lead the field away on lap one, holding a margin of almost a second by the end of the first lap, with the Hillspeed duo of Oliver Clarke and Sasakorn Chaimongkol squabbling for position at Redgate, with Clarke emerging on top to hold second ahead of his teammate.”

“Frederick was already operating in a league of his own, and had the gap up to nearly four seconds on lap seven….eventually taking victory by over 15 seconds.”

Kaylen Frederick, Carlin:
“We finished the weekend with a double pole position and a double race win, so I’m really pleased with that. We just had an amazing car all weekend. We did the work early in qualifying where we could make it easy for ourselves in the races. After that, we just had to get good starts, and then hammer away with fast lap times. This allowed us to bring home two really good results at a really important time of the season, leading into the last three rounds at Silverstone.”

“Once I had the tyre temperature up it was pretty easy for me to get back into that rhythm of laps we did in qualifying and practice. I could just throw in a bunch of quick times. It wasn’t necessarily easy but the team made it easier for me by giving me such an amazing car. We’ve been working hard at this, so I’m just glad we’ve got this result.”

“We don’t have a massive margin in the championship but it’s something, so it’ll give me a bit of a cushion going into the last three rounds. We’ll still have the same goal as every other weekend; qualify on pole and get some race wins.” 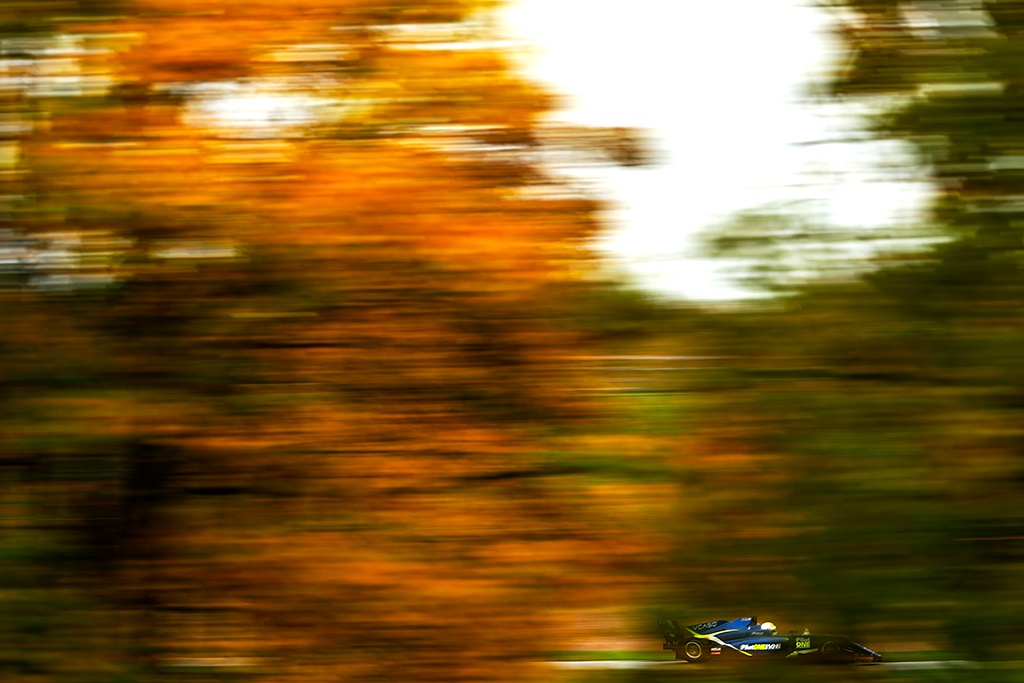 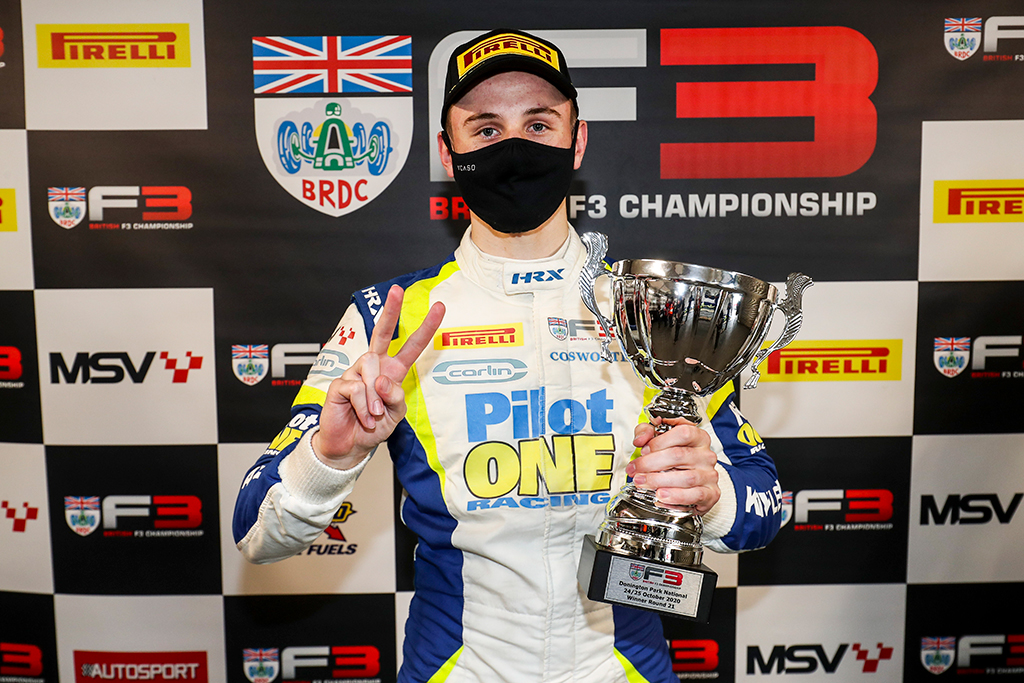