“The American driver, who relinquished the championship lead last time out at Brands Hatch, set a string of times good enough for pole position, and was the only driver to enter the 1m24s bracket, securing him pole position for races one and three, with the race three grid decided by each driver’s second best times.

Frederick’s best time of 1m24.804s was over two tenths clear of anyone else in an otherwise very close session, with Douglas Motorsport’s Ulysse De Pauw claiming second on the race one grid, 0.235s away from the Carlin driver and 0.040s clear of Hitech GP’s championship leader Kush Maini.” 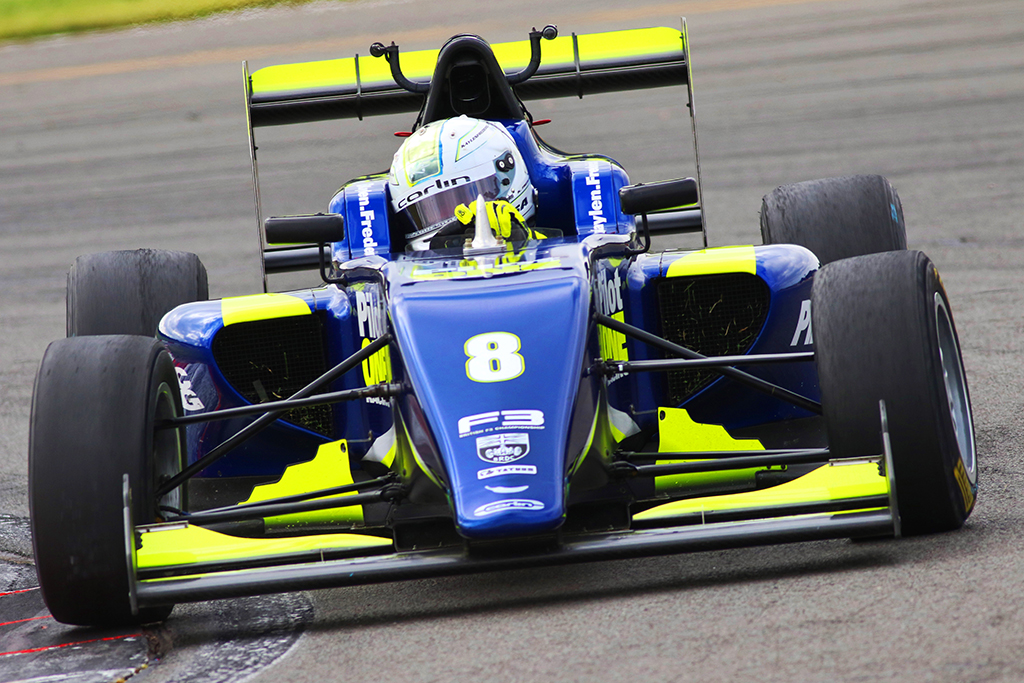 “It’s been a great recovery from the team (from my Brands Hatch qualifying and races). It’s been looking like quite a tight field so far this weekend, and it’s been a great effort from everyone. I’m just happy to have a double pole position.

“I feel there was a bit more time out there [before the red flag], I think everyone was struggling to get to grips with the different tyre rubber that was laid down by the GT cars and the wind was changing, so I was obviously just getting used to it. There probably was a bit more time out there but to be honest we didn’t need it, we put two decent times in and our pace has been good all weekend.

“I think since we’ve done all the work now, starting from pole just lifts a weight off your shoulders for the whole weekend. We’re not starting on the back foot this time, you don’t feel like you need to make up time, we just need to hold our position. So it’s taken a nice weight off our shoulders and we’re in a great position to get some serious points to close that gap in the championship. 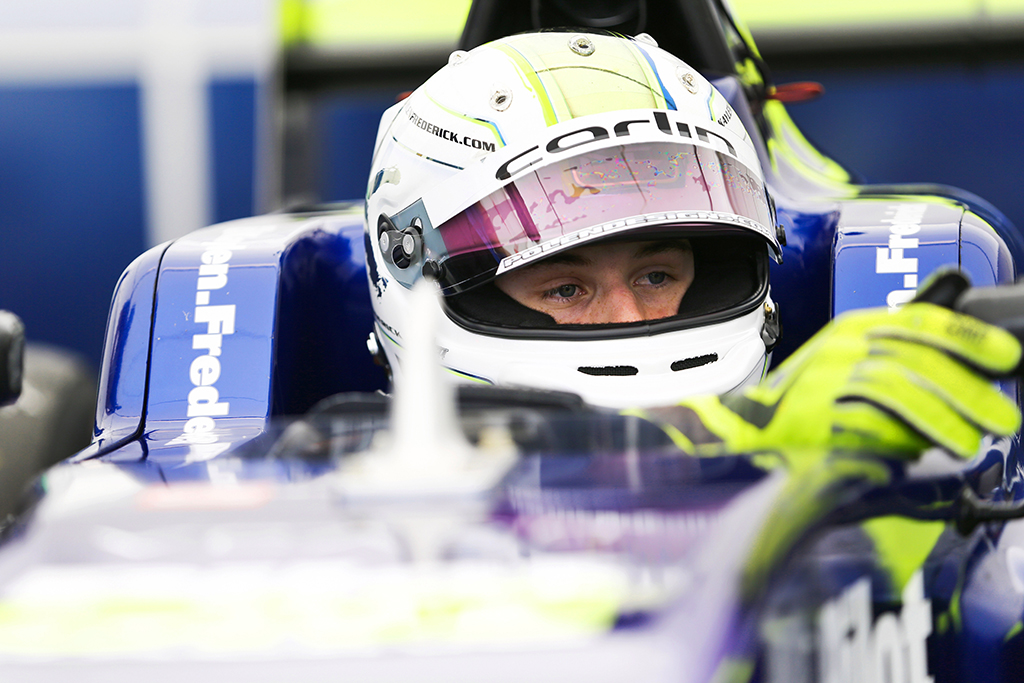 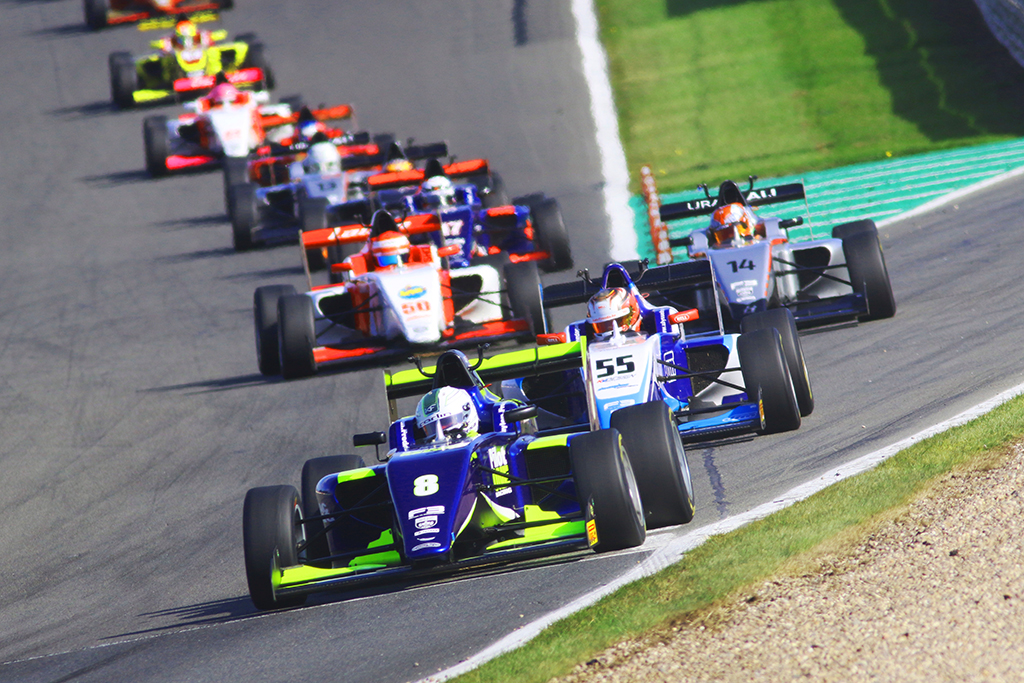 “Carlin’s Kaylen Frederick claimed a dominant victory in the opening race of the weekend at Donington Park, leading every lap to head home Douglas Motorsport’s Ulysse De Pauw by over three seconds. Hitech GP’s Kush Maini was third to extend his championship lead.

Maini pulled out a gap to Bart Horsten who claimed fourth for Lanan Racing, with Nazim Azman fifth for Carlin. Double R’s Benjamin Pedersen held off Hillspeed’s Oliver Clarke to claim sixth, with Reece Ushijima taking eighth for Hitech ahead of Hillspeed’s Sasakorn Chaimongkol, with Piers Prior surging from 16th on the grid to complete the top-10.

Frederick made a strong start from pole position to build a decent gap over De Pauw and Maini on the first lap, only for that to be wiped out when the safety car was deployed. Hillspeed’s Sasakorn Chaimongkol dropped down the order to 11th on lap one, having started fourth, while an incident at Coppice delayed Double R’s Louis Foster, wiped out Fortec debutant Frank Bird, and caused significant damage to the front left of Kiern Jewiss’ Douglas Motorsport car, with the British driver trundling back to the pits for repairs.

With Bird’s car removed from the track, racing resumed at the end of lap three, with Frederick immediately building a lead of almost a second, while further back Skelton’s first lap progress was wiped out as he dropped to 15th. Meanwhile, Foster began his recovery by gaining three places to move up to 13th.

At the front, Frederick had the race under control, extending his gap to 1.5 seconds next time around, and then gradually built his advantage to over two seconds on lap eight, before setting a string of fastest laps to take the chequered flag by 3.204s from Belgian driver De Pauw.” 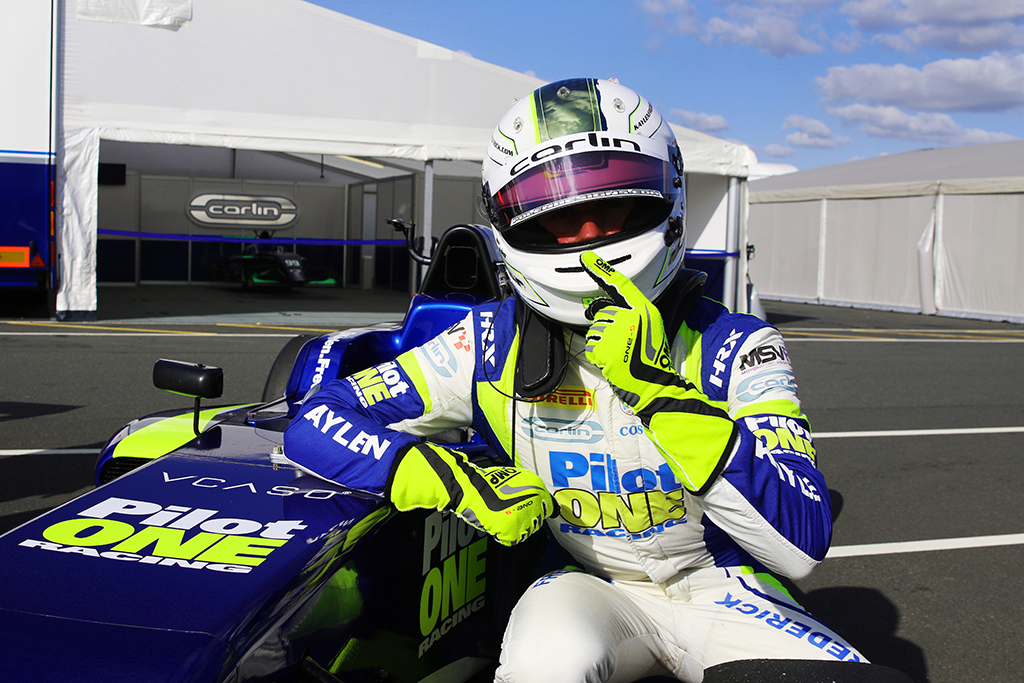 What they said | Donington Park Race 1:

“I had a really good start off the line, and I put in a safe first lap to get a feel of things and then the safety car came out. I got another great restart there, again took an easy first lap to get into things and then kept building and building from there, not really taking any risks anywhere as I already had the lead by a good margin, so I was settling in really nicely there.”

” I was quite far ahead of Ulysse before the safety car came. It was a little bit frustrating [to see the safety car after a good start], but around here it’s quite easy to get a good launch out of the last corner and get a good gap, so I wasn’t too worried there. My re-start was good and I then made good times to secure fastest laps.”

“It feels amazing to be back up here and I need to do the same in race three, and we’ll see what we can salvage in race two.” 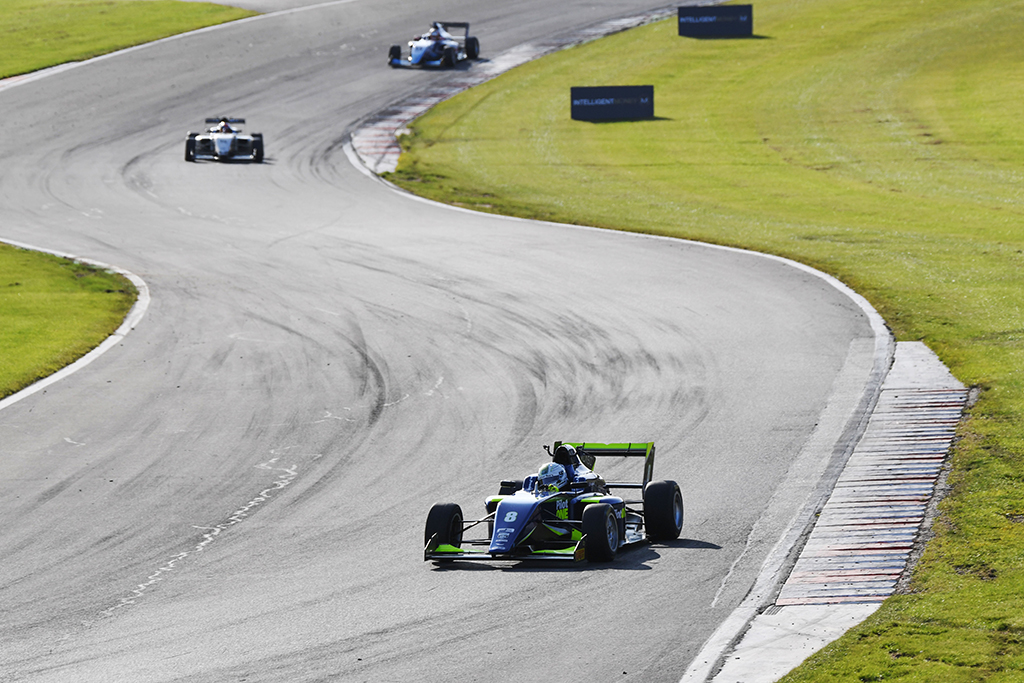 ” Hitech GP’s championship leader Kush Maini claimed his second win of the year in race three at Donington Park, after coming out on top of a lap one battle with championship rival Kaylen Frederick. Ulysse De Pauw finished second for Douglas Motorsport, while Frederick crossed the line third, but was handed a five second time penalty for exceeding track limits, with Carlin teammate Nazim Azman promoted to the podium as a result.

Frederick had to settle for fourth after the penalty was applied, with Hillspeed’s Sasakorn Chaimongkol fifth and Reece Ushijima sixth for Hitech. 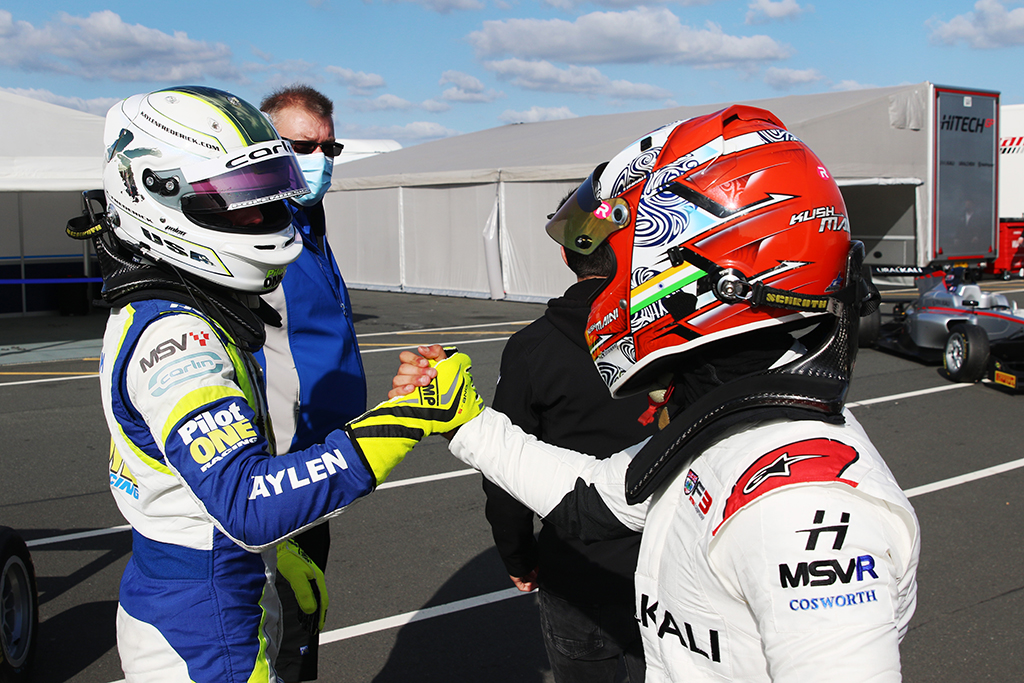