K-Rex at the Mazda Road
Oct 08 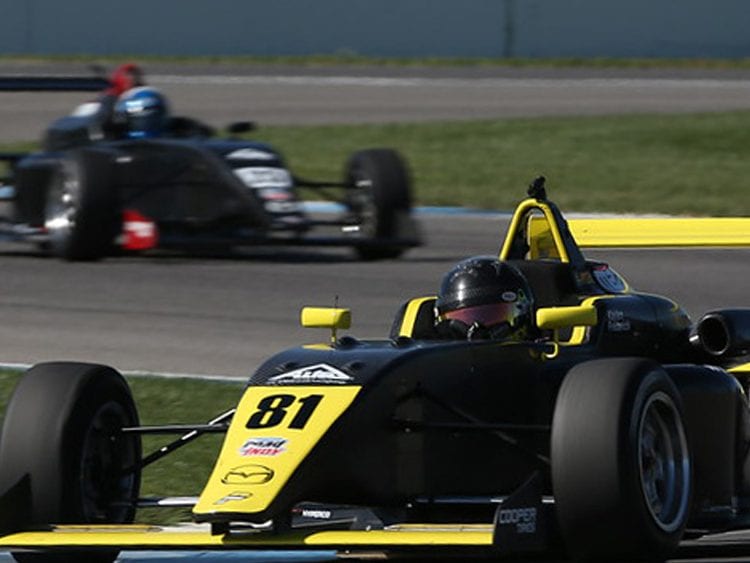 K-Rex at the Mazda Road

After a shakedown of the new car at Putnam Park Raceway on the Thursday before the official MRTI test, Kaylen and Team Pelfrey rolled into the Indianapolis Speedway and dug in for the weekend schedule. Team Pelfrey was one of twelve Cooper Tires USF2000 Championship Powered by Mazda teams to participate in the two-day, sixth Annual Chris Griffis Memorial Test at the legendary Indianapolis Motor Speedway. The team was eager to debut the two brand-new Tatuus USF-17 cars around the Grand Prix circuit in preparation for the 2017 season with Team Pelfrey regulars Kaylen Frederick, USF 2000 2016 Rookie of the Year Robert Megennis, and Calvin Ming piloting the current spec Van Diemen machine. 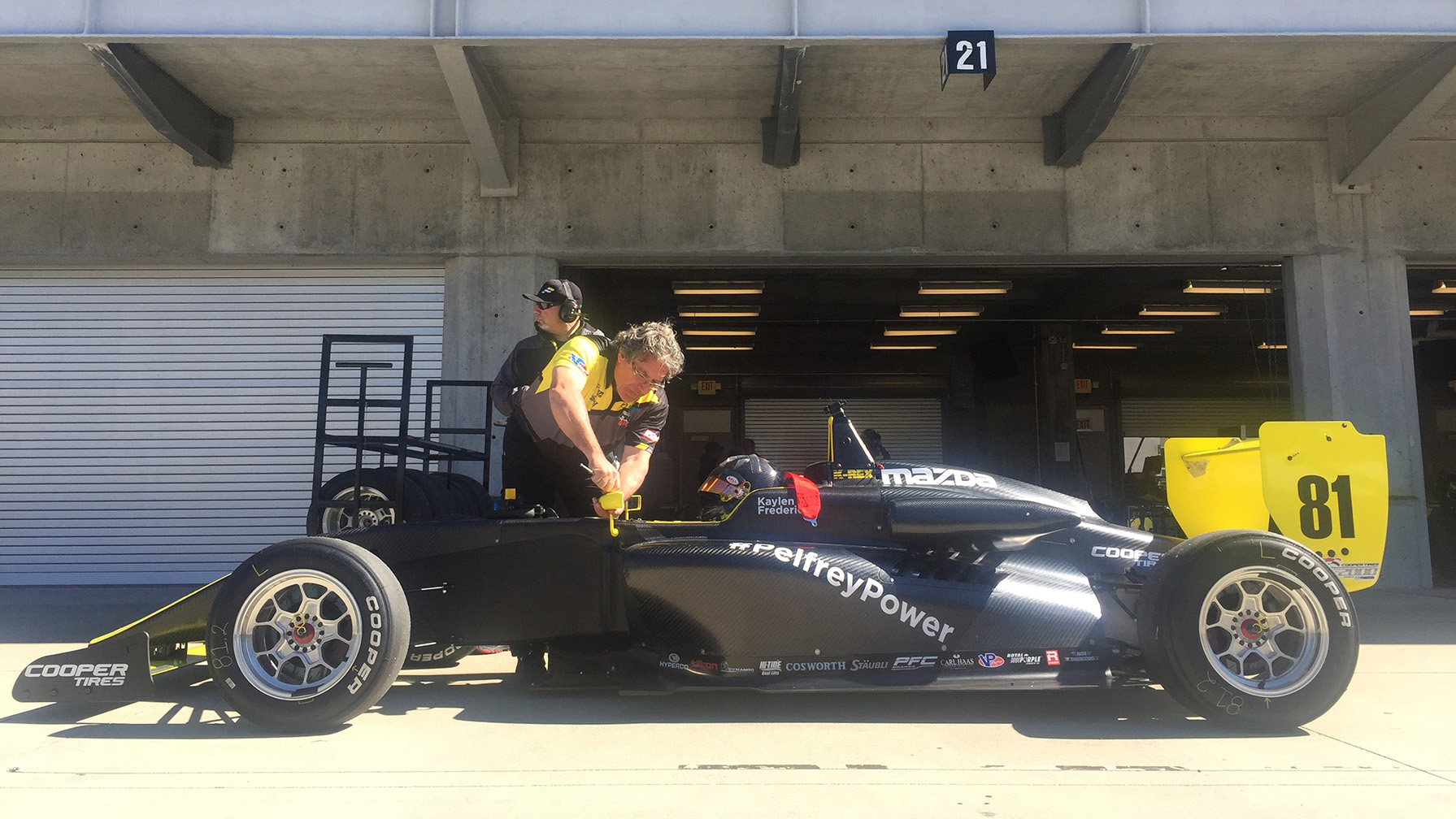 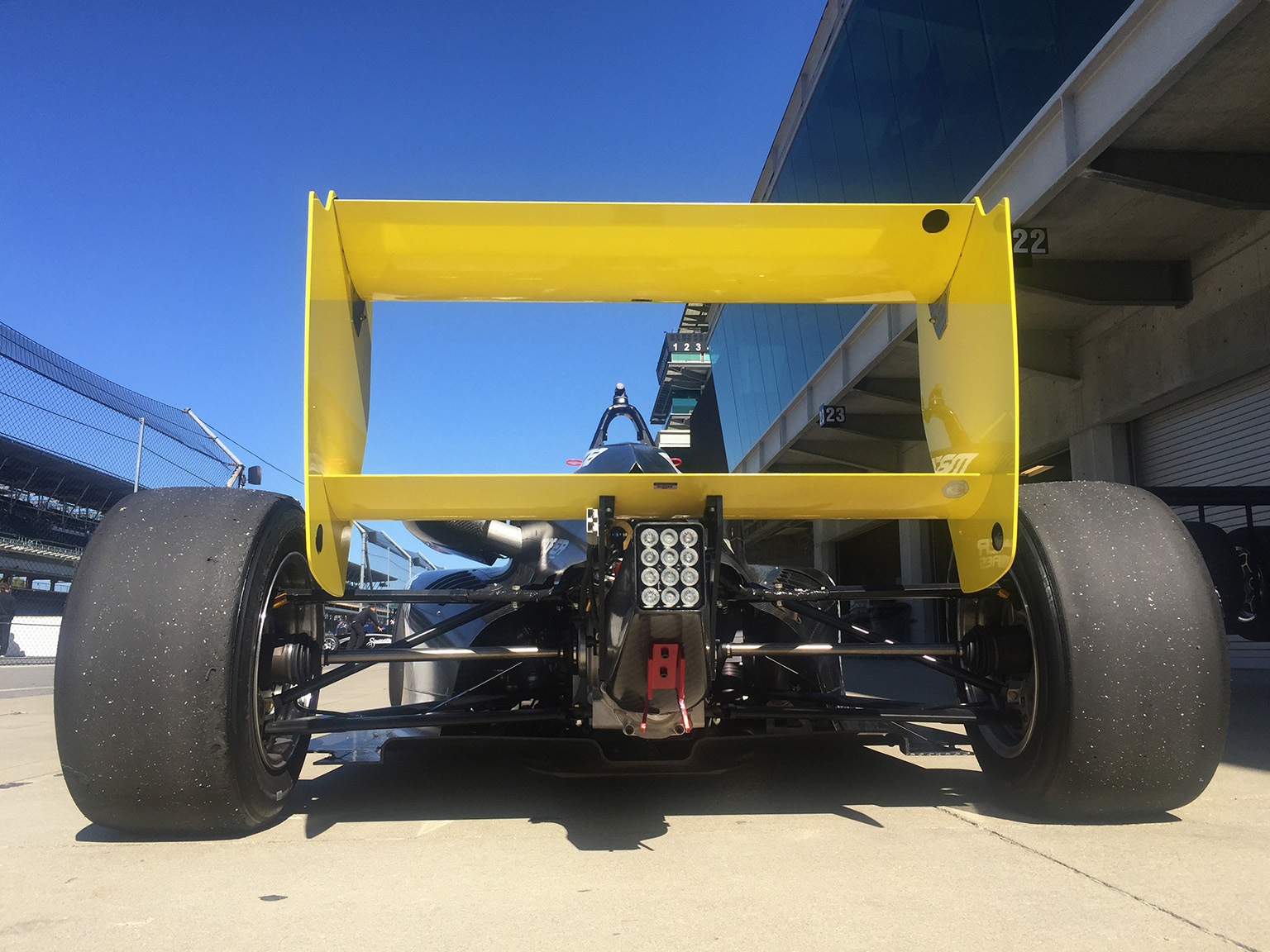 K-Rex tops the charts in session 6 – one of only 3 drivers at the Test to break into 1:24 second laps! 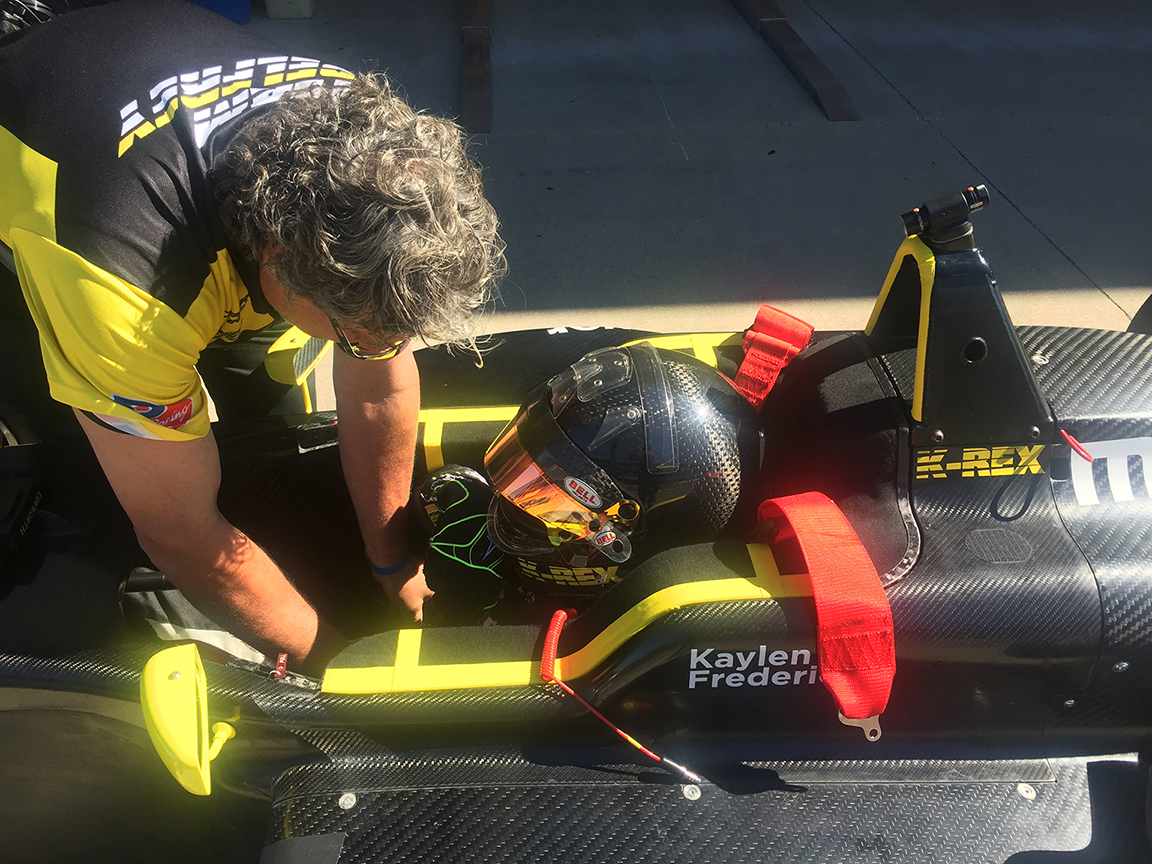 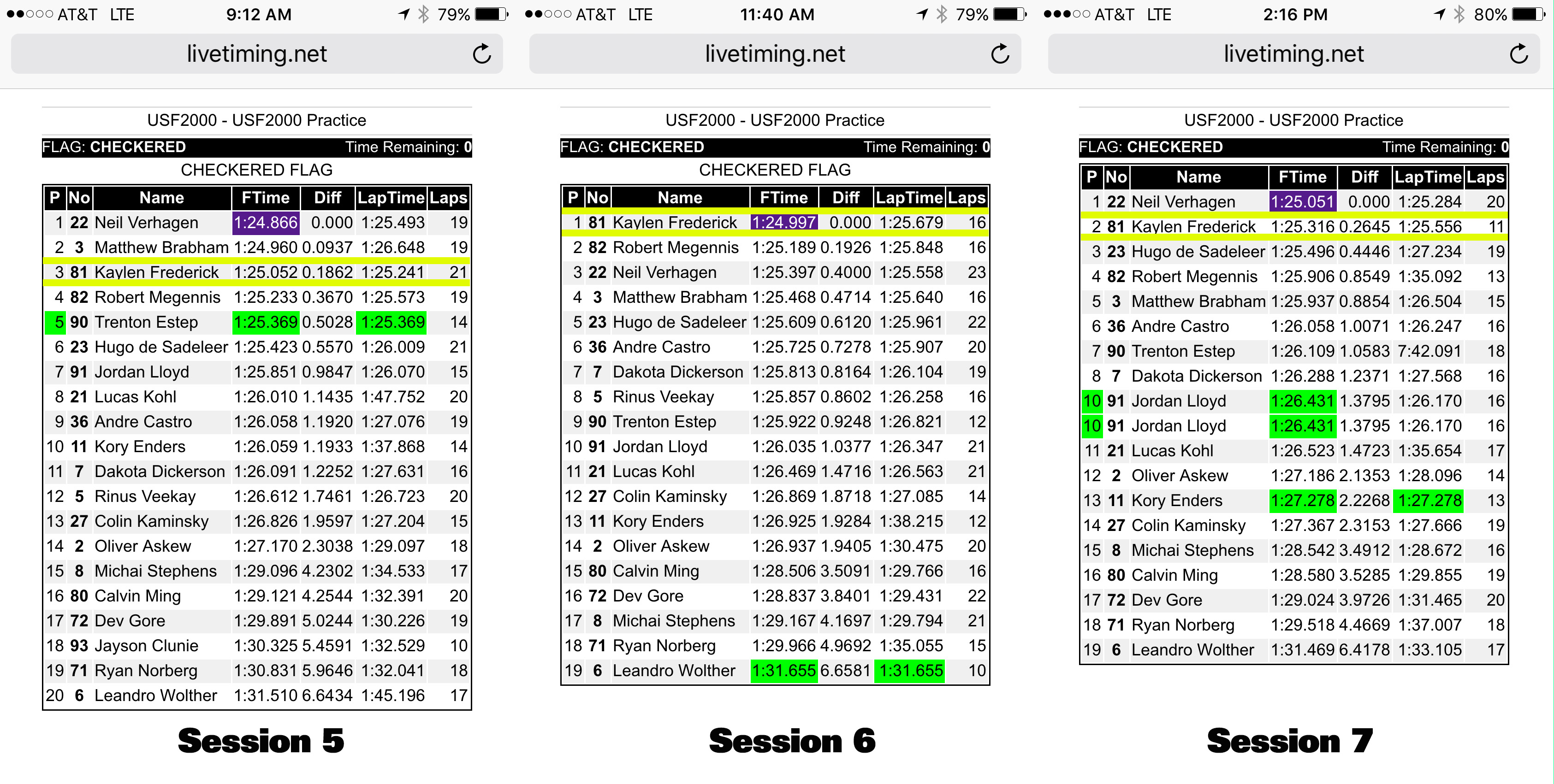 K-Rex: Top of the charts in a 20 car field – Throughout the 8 sessions

“Driving around the Indianapolis Motor Speedway is a special treat for all racers, and certainly was for me during my first on-track experience,” said 14-year-old Frederick who tested the USF-17. Finishing in the top-five in seven out of the eight practice session was an incredible feat for the youngest open wheel Pro Racing Driver in the United States. He claimed first place in session six with a 0.196-second lead over his teammate Megennis. “I want to thank Team Pelfrey for putting together an amazing package for this test,” said Frederick. “All in all, this Indy weekend was a great introduction ahead of my first full year in the MRTI series.”

Pilot ONE Racing: Big Shout-Out to Team Pelfrey for AMAZING days at the MRTI Indy Test: Thank you for an excellent test at the Brickyard – and for preparing a fast and mean Tatuus USF-17! 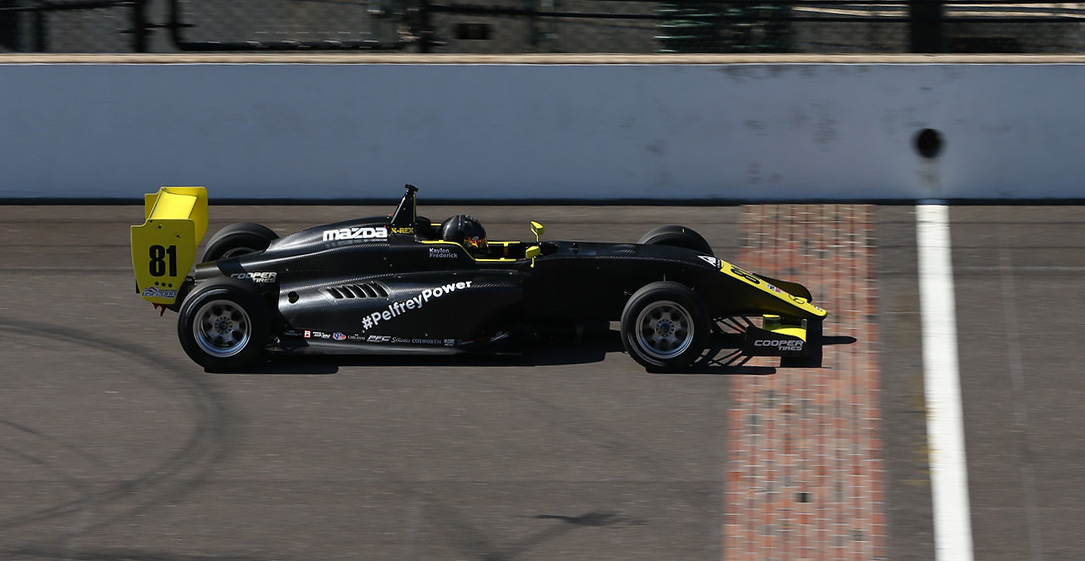 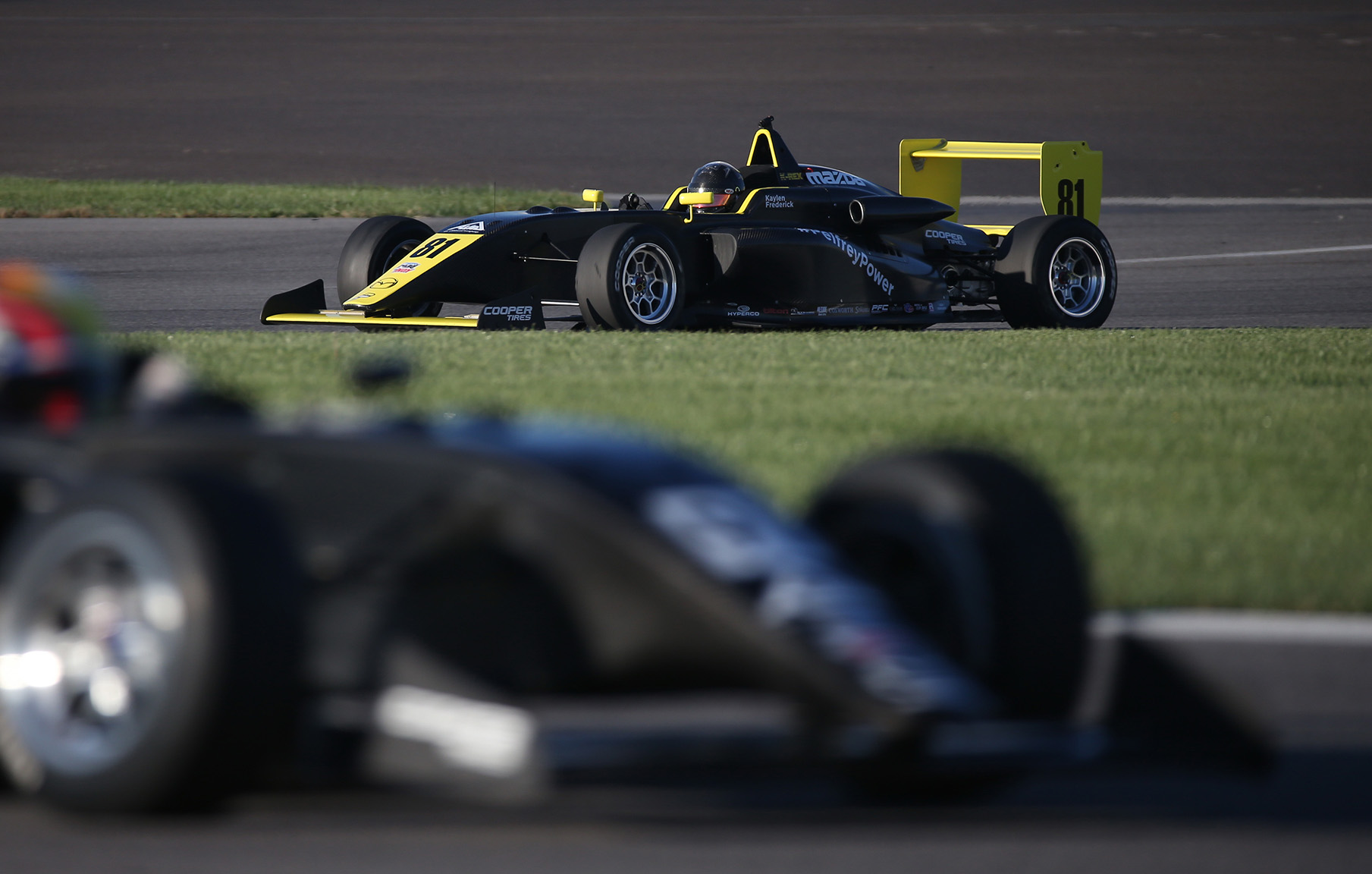 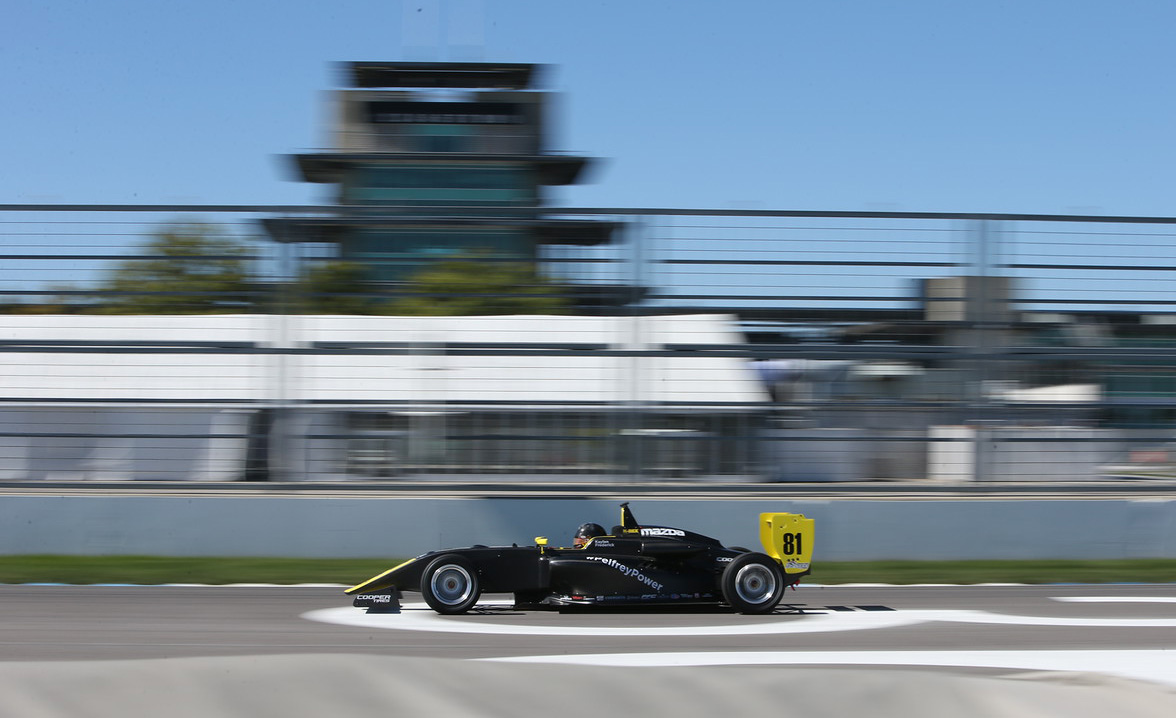 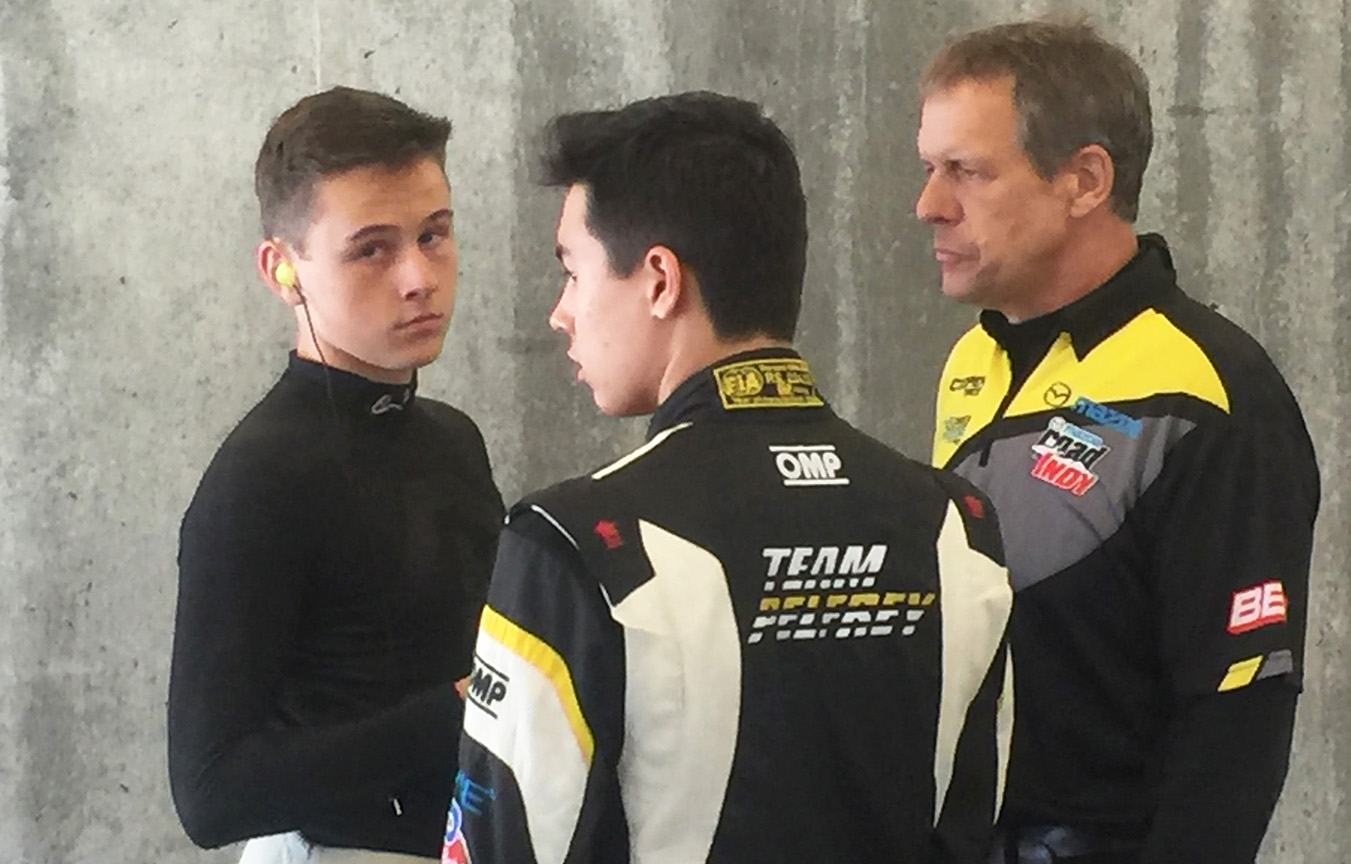