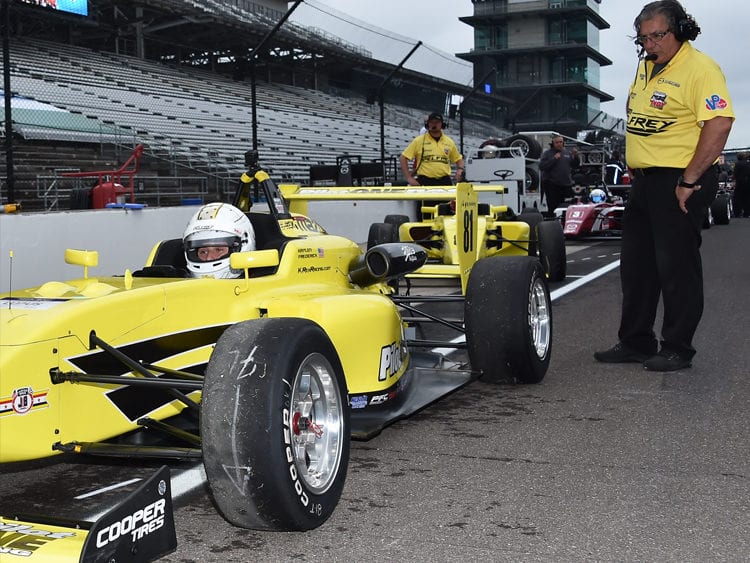 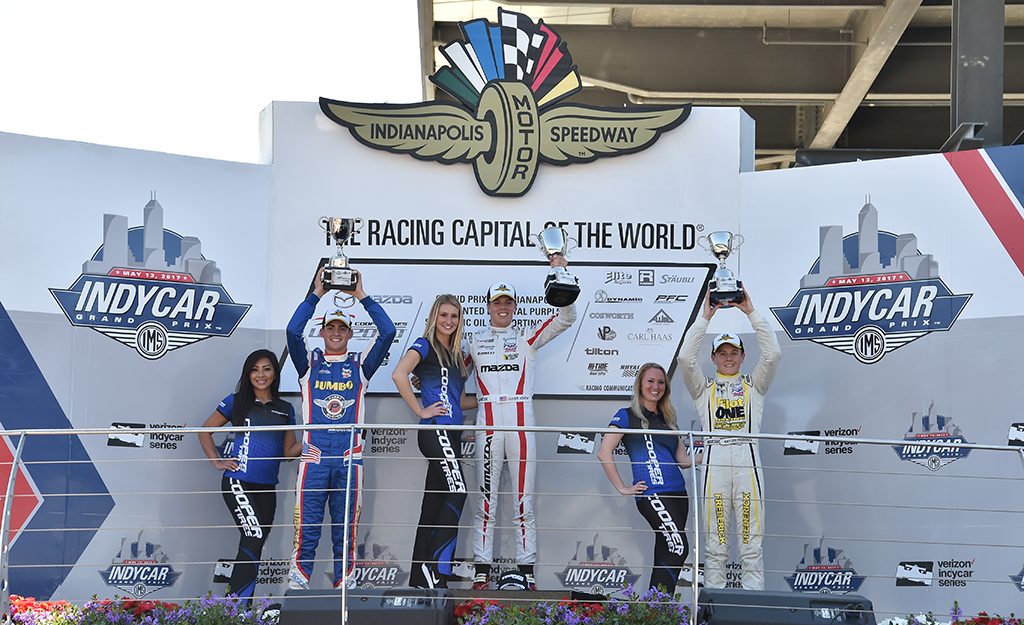 K-Rex tops the charts in the final official timed practice on Thursday before race day! 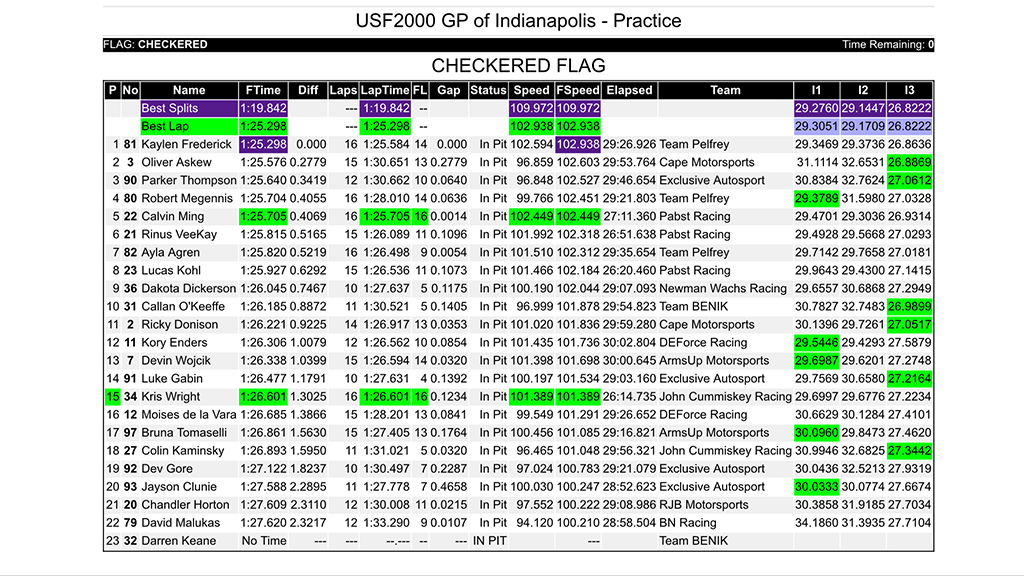 May 12/Friday, 2017
Team Pelfrey showed good pace throughout the event on the 2.439-mile road course. Despite the various weather conditions, from cold and damp, to hot and slick, it was Kaylen Frederick who paced the first official timed practice session and ended up qualifying on the front row in second position for both races.

Race 1
As the first 30-minute race of the weekend got underway, the Team Pelfrey drivers avoided an incident on the first lap which ultimately only allowed the drivers a frustrating 10 minutes of racing under green flag conditions. K-Rex drove to another very strong second place finish. However, after the race, Team Pelfrey drivers Rob Megennis and Kaylen Frederick were disqualified for a violation of rule 14.28.9, which stemmed from modifications to uprights (missing spring from bearings). Team Pelfrey respected the decision and would move on to Race Two with high hopes. 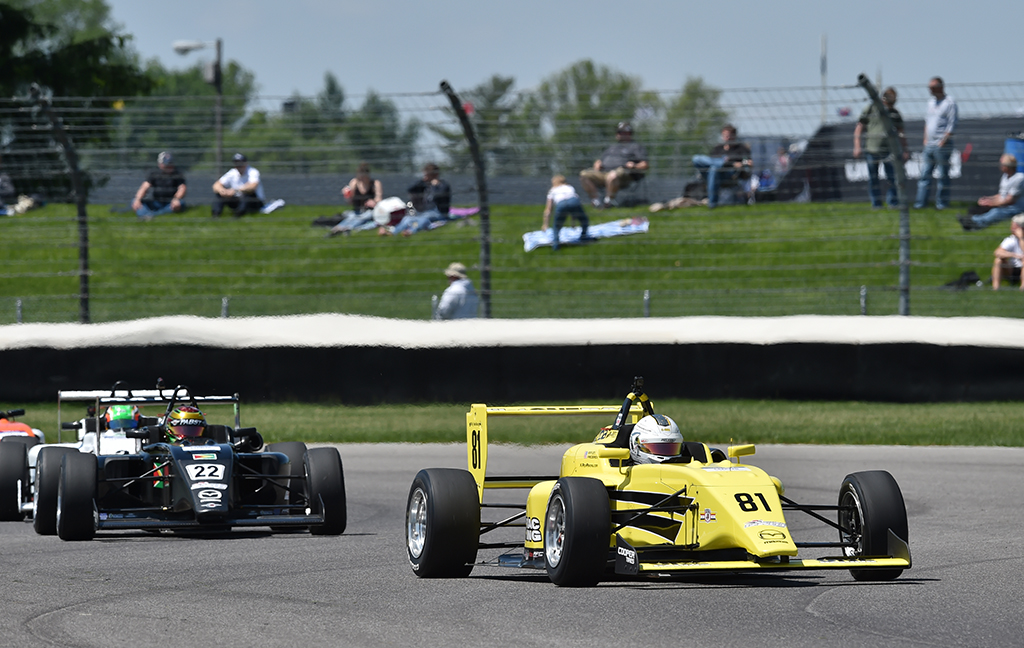 May 13/Saturday: Race 2
Having qualified 2nd again, Kaylen Frederick started on the outside of pole-sitter Oliver Askew. When the green flag dropped, Kaylen drove an excellent line and had speed into turn 1 looking to overtake the pole-sitter. The 4th place car put an end to the move hitting Kaylen in the side pod and shuffling Kaylen back to 3rd. Additional incidents in the 5 laps that followed, including four wheels off in turn 2 shuffled Kaylen back to P7. Determined to recover positions, Kaylen fought back and through successive overtakes moved into 5th place. In a last lap dash, Kaylen completing a double pass for the final podium spot, cementing his third podium finish on the Mazda Road to Indy Presented by Cooper Tires! 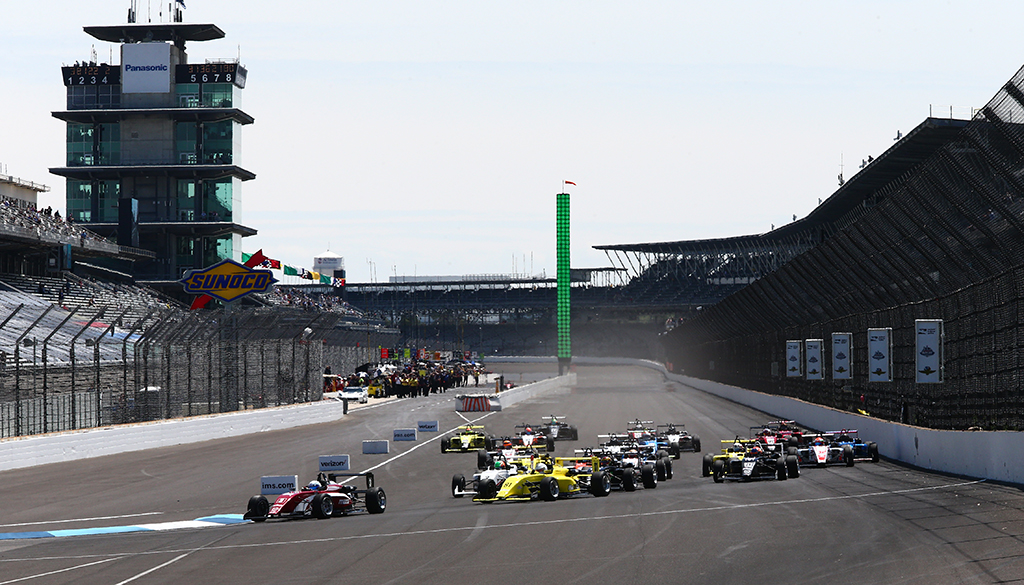 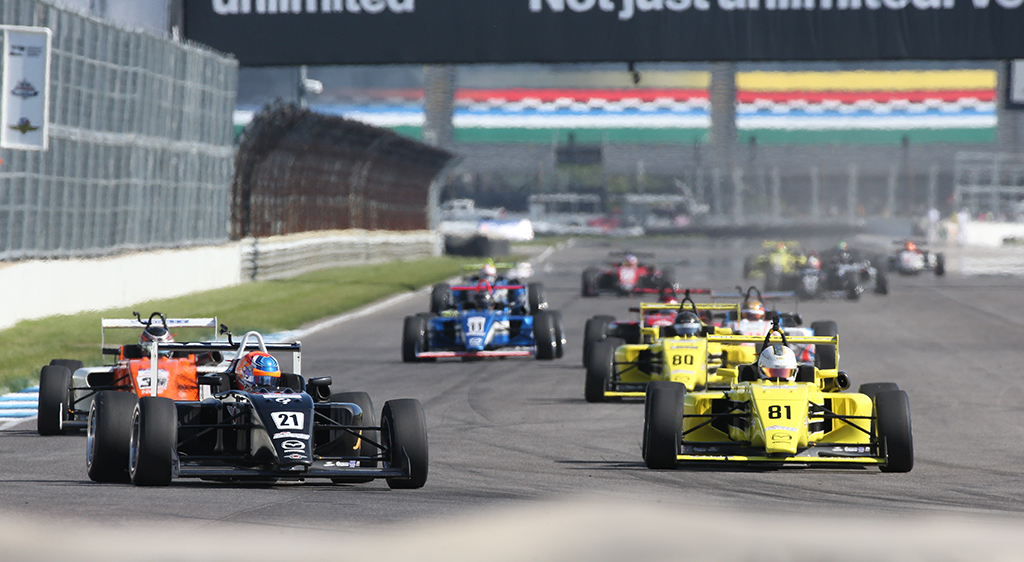 Quotes:
Kaylen Frederick, #81 Pilot ONE Racing (Team Pelfrey):
“This was quite a weekend. There were a lot of ups and downs but to come away from a circuit like this after the disqualification from yesterday’s podium result means so much to the team, my sponsors, my family and for my championship chances.”