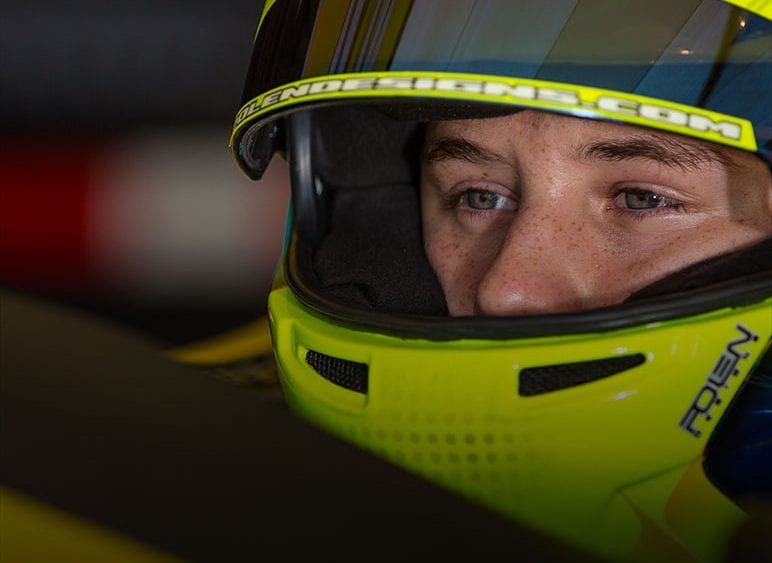 14 year old K-Rex Frederick, in only his second professional race weekend July 1-3, finished an overall strong performance with 2nd place in Mid Ohio in Race 3. This was the final event of a weekend that garnered a 5th place finish in Race 1, fastest lap in Race 2 and subsequent Pole Position for Race 3. 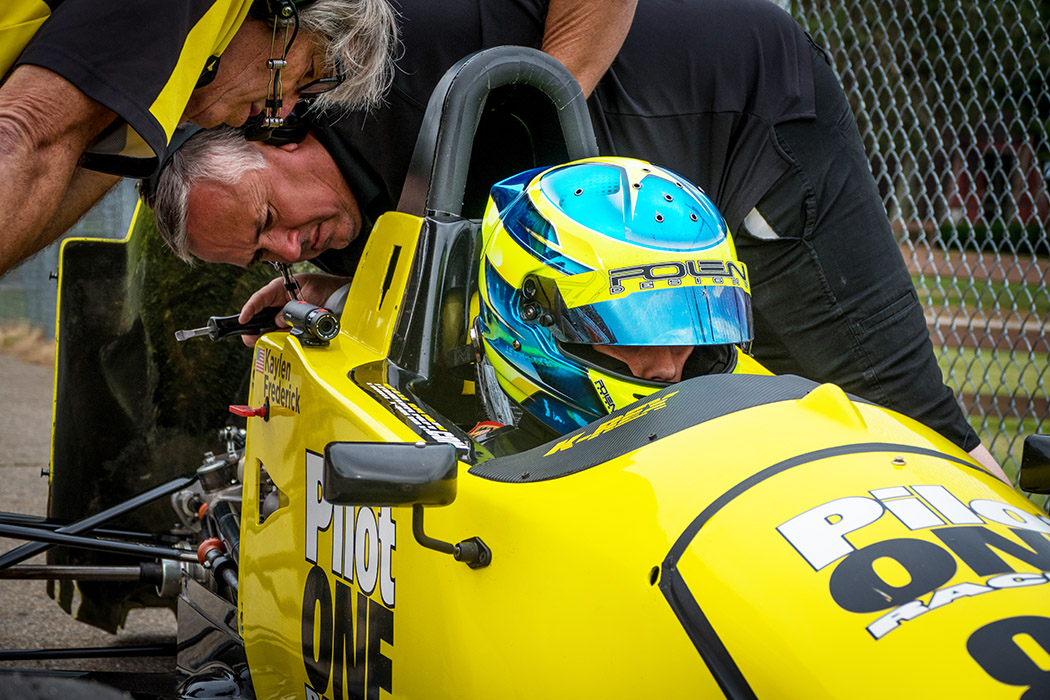 The weekend started well for the youngster from Potomac, MD with two practice sessions on Friday, and finishing 3rd fastest and 2nd fastest in Practice 1 & 2 respectively. This pace was to be carried into Day 2 with qualifying early on Saturday morning and a noteworthy 3rd on the grid for Race 1.

The race was a tight affair with any one of 6 lead cars competing for the win. By the end, Frederick was in 5th place but could take encouragement from the fact he led over half the race.

Scheduled to start Race 2 from 5th on the grid, disaster hit the Team Pelfrey Number 80 car in the pit lane when it wouldn’t start. 20 minutes into the 30 minute session, understanding that grid placement for race 3 was dependent upon the fastest lap achieved during the race, Team Pelfrey was able to get the car started 20 minutes into the race and send Frederick onto the track. Determined and focused, K-Rex brought his tires up to temperature over 4 laps and drove two hot laps. K-Rex jumped immediately to the top of the timing charts and registered a time to put the car on pole for race 3. More impressive, Kaylen’s fast laps were in clean air and without the aid of a draft. 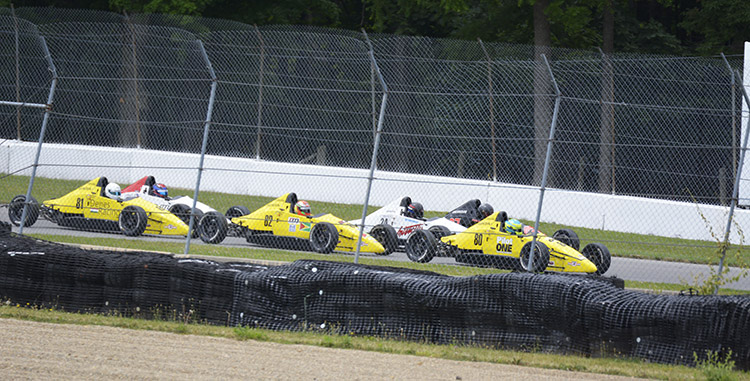 Starting from Pole Position in Race 3, Frederick controlled the opening laps and pulled out a lead of 2.6 seconds within 4 laps. Unable to escape the draft and teamwork behind him, the lead pack closed the gap on Frederick after 7 laps. Once caught by those behind, the lead and front positions changed hands several times before K-Rex made last lap moves towards the end of the race and finished 2nd. 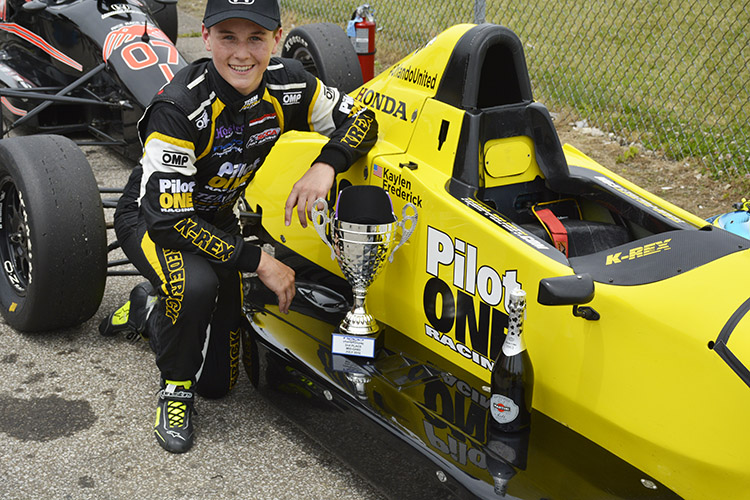 Speaking after the weekend, K-Rex said: “To score my first podium in my 2nd race weekend as a professional driver was a good step forward. I’ve trained hard this year to find speed in the F1600 car and build on its strengths. The solid P2 finish in race 3 supports my progress and that Team Pelfrey builds a great race car. All the same, I race to win. Going forward, I’ll build on momentum here and can’t wait to race at Pittsburgh later this month. Many thanks to Team Pelfrey for putting me up front and giving me a great environment to race in with so much support!”

The next race weekend for the F1600 Championship takes place from 5-7 August and will be held at the Pittsburgh International Race Complex.